I Believe These Things Are True

Erick Erickson
|
Posted: Dec 28, 2018 12:01 AM
Share   Tweet
The opinions expressed by columnists are their own and do not necessarily represent the views of Townhall.com. 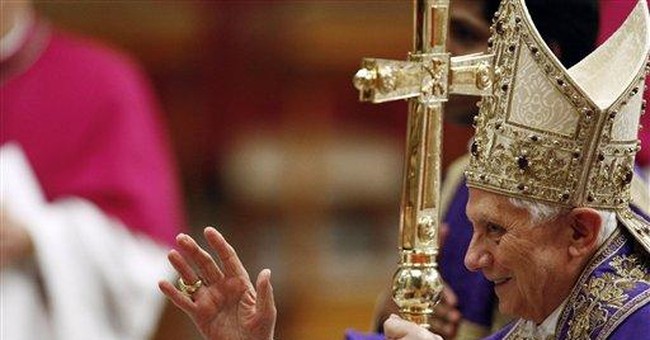 I have worked during the Advent season to avoid writing my weekly column about politics. Instead, I have tried to devote myself to focusing on Christianity, given the whole season exists due to the birth of Jesus. On my radio show, I occasionally branch off from the daily news and politics into discussions to talk about faith and culture. Having done so for seven years, I have been asked multiple times to fill in for preachers on Sunday mornings.

After declining so many invitations to preach, I finally went to seminary, enrolling at the Reformed Theological Seminary to start work on a Master of Divinity. Once all the small churches came back and found out I was at a reformed seminary, the invitations dried up. That makes me chuckle all the time. The education along the way has been deeply rewarding, and I have been able to engage more confidently in the subject of religion and faith.

I am pretty sure I would not want a religion in which all comers get a pass. The whole idea of universalism (i.e., everyone gets into Heaven) is anathema to the idea of justice. There are awful people who do awful things, and I believe in a just God. Sharing eternity with unrepentant monsters would not be just.

But what about all the good people? This is a debate that surrounds us in politics as much as theology. In the present age, we have too good a view of humanity. Individual people can be good people, but collectively, we have several thousand years of history showing that the collective mob tends toward ill. As for the individual good people, show me a saint and I'll show you someone who sinned. We all sin. As scripture tells us, we all fall short. None of us deserve eternity. It is only by God's grace and our trust in him that we obtain it.

Why Jesus then? There are other religions. Why is Christianity the only, exclusive path to salvation? This is a matter of faith. As much as a Muslim believes theirs is the only way to eternity, I believe in Christianity. It is not a blind faith. Unlike other religions, whose founders witnessed private events and private miracles and became designated prophets who could change things until their death, Christianity is a religion built on a public ministry and public miracles of a man not claiming to be a prophet, but God himself.

We have the eyewitness testimonies of Matthew, John, Paul, James, Jude, Peter, Mark and Luke, as well as those Luke interviewed and the students of John, Paul, Peter and others. We have an eyewitness written record that goes back to only a few decades after Christ's resurrection. We have the written works of students of the Apostle John recounting the things John taught them. We have over 5,000 copies of manuscripts written within 100 years of the resurrection. No other religion has the copious, written documentation compiled within such a short period of time, save for the Judaism on which Christianity is premised. No other religion except Judaism has a sustained history of persecution against its followers and yet thrived. And no other religion, including Judaism, is sent into mission fields.

Buddhism, Islam, Judaism, etc. all have geographic anchors. Christianity is a global religion of enormous consequence. Even most secular histories put Jesus' crucifixion on the top-10 list of most important moments in human history.

Ultimately, however, I do believe by faith. I believe because I see the interactions of a living God in my life. My faith sustained me when my wife was given six months to live (a misdiagnosis), sustained me as I lay in a hospital bed on the verge of death and sustains me as my wife now battles her cancer. Yes, I really do believe these things and am not ashamed of them.