Erick Erickson
|
Posted: Mar 10, 2017 12:01 AM
Share   Tweet
The opinions expressed by columnists are their own and do not necessarily represent the views of Townhall.com. 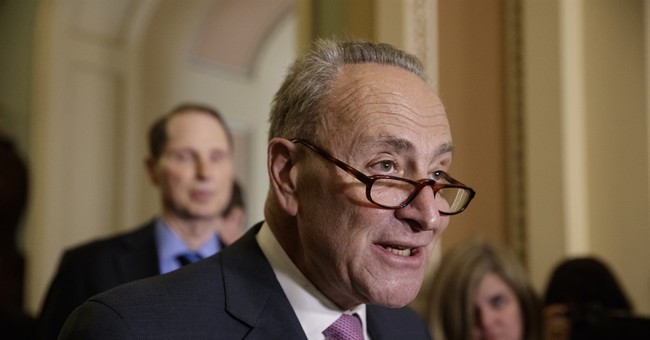 Obamacare has never been popular. It has never polled above 50 percent. Democrats have invented a host of reasons why it polls so terribly, including that people just do not realize Obamacare is the Affordable Care Act. It is simply not popular. More people were hurt by Obamacare than helped. It created a massive new and costly entitlement and expanded the least efficient, least effective existing entitlement program -- Medicaid.

For all of its flaws, and the flaws outweigh the benefits, the Democrats included mechanisms to keep government spending on Obamacare from exploding in the first several years of the legislation's enactment. Many of those provisions are the massively unpopular parts of the legislation. They include employer mandates on providing insurance, individual mandates forcing people to buy insurance, and taxes on generous healthcare plans.

In enacting their swampcare alternative, Republicans will scuttle all the things people have hated about Obamacare, but they will not restructure the legislation to save money. The Republicans' plan will wind up costing taxpayers even more. On top of that, they are not really even getting rid of the individual mandate. Under swampcare, instead of paying the government a fine for failing to get insurance, people will pay insurance companies a penalty if they cancel insurance then get new insurance later. The constitutionality of that provision alone is dubious.

Swampcare violates core Republican promises going back to 2010. Republicans have taken to noting how many times they have voted to repeal Obamacare, but those times did not really count and they know it. In 2015, Republicans structured a comprehensive plan to roll back Obamacare. Every Republican supported that legislation. Now many of the same Republicans who supported the 2015 plan are refusing to support it again. They know that now it could become law.

The reality is that if Republicans pass swampcare they will be breaking all their promises made in the last seven years. If they do nothing, they will also be breaking all their promises. But if the Republicans do nothing they will not have to own the collapse of Obamacare. The system will collapse. The spending will eventually explode. The insurance companies involved are fleeing Obamacare. None of that is the Republicans' fault. But the moment they pass swampcare it all becomes their fault and Democrats can abdicate responsibility.

Republicans promised to repeal Obamacare and President Trump promised to drain the swamp. Swampcare makes the whole mess worse. Ironically, President Trump is president because his voters had enough of the Republican Party. They had enough of the leadership of the party and its pundit cheerleaders who supported every Republican expansion of government and every too clever by half compromise with Barack Obama.

Now those very same establishment politicians and their pundit cheerleaders are rushing to claim swampcare is the best thing ever. President Trump's supporters are outraged and recognize the breach of trust. But President Trump himself appears to be going along with the GOP plan.

President Trump's long time supporters hope this is just the opening salvo and the art of the deal. They presume he will take a strong stand against swampcare if it does not change. They better hope so. If swampcare continues the government takeover of healthcare will escalate and costs will sore. It will all be on President Trump.

Republicans are whispering that swampcare is only the first salvo. If they pass this, they will pass tax reform. If they pass tax reform, they will fix everything. Republicans always tell voters about the next fight hoping they are distracted from the present. We should, this time, focus specifically on the present. Since 2010, the GOP has pledged to repeal Obamacare and now, in the present, we know they have been lying the whole time.