Erick Erickson
|
Posted: Feb 13, 2016 12:01 AM
Share   Tweet
The opinions expressed by columnists are their own and do not necessarily represent the views of Townhall.com. 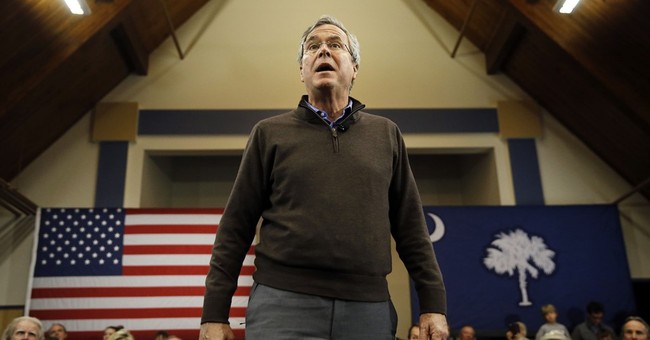 Impressively, Cruz came in third in New Hampshire, only spending approximately $18.00 per vote in advertisements while Jeb Bush came in fourth, spending approximately $1200.00 per vote garnered in advertisement. Rubio, who came in third in Iowa, came in fifth in New Hampshire. New Jersey Governor Chris Christie essentially took out Rubio in a political murder-suicide.

As the race heads toward Republican country in America, South Carolina will vote followed by Nevada, Georgia, Tennessee, Arkansas, Alabama, Texas, and other states. Those states tend to be more representative as a whole of the GOP and they stand to finally shake out the battle lines between Ted Cruz and Marco Rubio as alternatives to Donald Trump.

According to many Republican insiders, Marco Rubio is the most electable candidate in the general election. Many Republicans and many conservatives like Rubio. They like his demeanor. They like his optimism. They see him as a compelling contrast against Hillary Clinton or even Bernie Sanders. There is a reason Democrats really fear Marco Rubio. They think he is the most youthful, hopeful candidate who can expand the Republican coalition to get Democratic votes.

All of this is true, but there are other things that are true, too.

In 2008 and 2012, the men the party leaders said were the most electable candidates got the party's nomination and they both lost. Some would interpret that to mean that no one could have won. I disagree. I think rather the party and those who support the leadership of the party are very out of tune with the American public and the man they see as most electable often times is not.

But, and this is the key but, Marco Rubio is not the most electable candidate if he cannot get elected. Whether the party leaders like it or not, Marco Rubio has to win primaries. Losing by less each time is not a path to victory. If he cannot win primaries, he is not the most electable Republican because he cannot even get the Republicans to give him the nomination.

More so, if Marco Rubio cannot rebound in South Carolina in less than ten days, he has a rapidly diminishing chance of winning anything. It is no good to head from South Carolina to Nevada, supposedly friendly territory; with a strong Ted Cruz ground game and a terrible showing. Rubio staying in the race with a terrible showing, but keeping Ted Cruz from consolidating the field only helps Donald Trump.

Marco Rubio left Iowa with major momentum only to be crushed by two minutes on a debate stage in New Hampshire against Chris Christie. Either Rubio can rebound in South Carolina or he cannot. Conservatives will have to soon decide if they can continue to support Rubio, if he does not surge out of South Carolina, or must they pivot to Ted Cruz to stop Donald Trump.

The very issue of life hangs in the balance. The next President will pick at least three justices to the Supreme Court. If Trump wins South Carolina he could pick up enough momentum to sweep the primaries and gain the Republican nomination. From what we know already about Trump's judicial thoughts, he views his pro-abortion activist sister as an ideal Supreme Court pick. Until recently, Trump declared himself fully pro-abortion and supported late term abortion.

Many Republicans continue to root for Rubio over Cruz. As the race heads to the authentic base territory of the GOP in the United States, actual Republicans will have a chance to shape the field. If South Carolina does not start taking shape for Marco Rubio, Republicans looking to stop Trump may have no choice but to unite behind Ted Cruz.