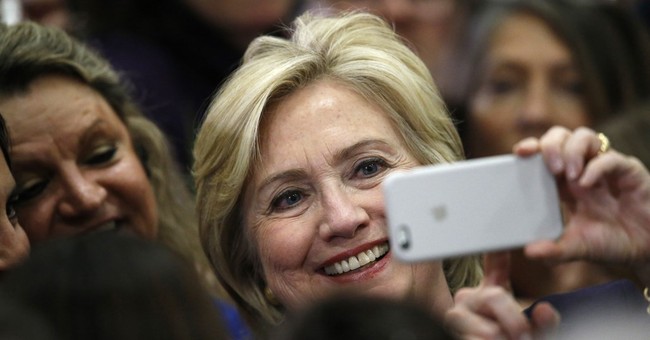 Much of the media and Democratic Party obsess about narratives. It is not enough for reporters to report facts, data, and events. They must all be shaped into story-telling elements to tell a larger story or narrative. This approach has become common among both the press and politicians. The Obama Administration, in particular, has become obsessed with narratives at the expense of our national security.

As Patrick Poole at PJ Media reported last week, back in 2013, Saadiq Long wanted to return to his native Oklahoma to visit his ailing mother. Long had moved to Qatar and could not get home because he was on the "no fly list." The media pressure eventually led the Obama Administration to remove Long from the "no fly list," but he was eventually added back. Last week, Long was arrested in Turkey as part of an ISIS cell.

Long will be scrubbed from the record, as his story no longer fits the narrative the media has wanted to tell the American public. The Obama Administration also has a narrative it wants to tell the American public. After the President took personal credit for killing Osama Bin Laden, the Obama Administration insisted to everyone that we would have peace in our time.

President Obama and a compliant press then insisted we pay no attention to increasing terrorist attacks in the Middle East. The President insisted we pay no attention to Iranian rhetoric and actions as he struck a deal with Iran to further guarantee peace in our time. But all the while, a growing threat called ISIS began to cast a shadow on the Middle East.

Last week, The New York Times stated that reports about ISIS began trickling out of the Defense Intelligence Agency in 2012, during an election campaign in which Barack Obama repeatedly boasted about al-Qaida being dismantled and on the run. Lt. Gen. Michael T. Flynn, who was in charge of the Defense Intelligence Agency at that time, told the New York Times that the report "was disregarded by the White House." He said, "Frankly, at the White House, it didn't meet the narrative."

Less than a week later, the highly regarded reporter Catherine Herridge of Fox News reported that "analysts at U.S. Central Command were pressured to ease off negative assessments about the Islamic State." Not only that, but sources told her that someone connected to the Obama Administration later attempted to destroy the notices to "toe the line" and cover up that Administration officials wanted reports to understate the threat.

This is the most serious allegation so far, as more Americans realize the Obama Administration has completely underestimated the threat of ISIS. First they were a "jayvee" team and now they are just a bunch of killers. The reality is that as early as 2012, intelligence analysts were reporting that ISIS was a growing international threat on the verge of creating a terrorist nation-state. The Obama Administration ordered those reports neutered and watered down to keep the narrative going about the "jayvee" team and the winning Obama strategy.

The Obama Administration has not only refused to change with new facts and data, but seemingly tried to redact and revise facts to keep an existing narrative going. The American press has largely let Barack Obama get away with it, and we can only hope the body count, as a result, will be low.