Is President Trump Preparing To Rein In Big Tech?

Erich Reimer
|
Posted: Sep 23, 2018 12:01 AM
Share   Tweet
The opinions expressed by columnists are their own and do not necessarily represent the views of Townhall.com. 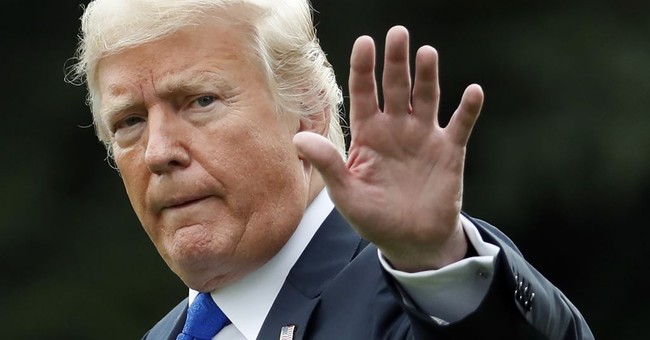 On Saturday Bloomberg broke the story that the White House has prepared a draft executive order that would have the federal government begin the process of investigating anti-competitive business practices and political censorship content moderation bias by Internet services companies such as Facebook, Google, and others.

If this moves forward, it appears to be the potential policy and legal culmination of almost a year of fuming by Republicans over alleged censorship, bias, and political manipulation by now highly-influential social media platforms and technology companies against conservative causes, organizations, and people in general.

The question of “big tech regulation” is complex and is in truth a misnomer. “Big tech” is already regulated, as is everything else in society – they can’t commit fraud, facilitate illegal activity, steal and misuse people’s information, or break the wide range of applicable laws on the books in general. Nonetheless what is being discussed is whether it is time to shift the “level” of regulation to the kind that say broadcast media is subject to by the Federal Communications Commission or equal access mandates utility companies such as water, trash, and electricity are.

Around the world many other nations are also facing this question with varying takes on it. The European Union, for example, has seemingly united in brutally reining in Internet services companies in ways ranging from multi-billion dollar fines against Google to extensive data privacy consumer protections to governmental hearings that make ours seem uneventful and dull.

This is all taking place as Attorney General Jeff Sessions himself is working with dozens of State Attorney Generals to prepare additional potential investigatory and sanctioning procedures on Internet services companies.

Though the precise outcomes of all these efforts remain uncertain in terms of whether it is a harsh regimen implemented or a soft slap-on-the-wrist, it seems that perhaps the time of the only lightly regulated Internet services world is coming to an end.

And rightly so. Every industry in our country and world has the bounds under which it can operate, with conservatives usually erring on the side of a less tight hand while the left urging greater oversight and controls. Nonetheless, all generally agree that public accountability is needed for all industries to some degree with the disagreement coming in the severity and the structure.

“Big tech” is relatively new. Most of these Internet services companies only came into being less than two decades ago and began as tiny companies in a highly volatile and experimental field. Nowadays that is not so, as they command trillions in stock market value and capture the attention and use of billions of people across the world. Indeed they’ve even created their own entire sector, as the S&P 500 recently reclassified several social media-oriented companies into their own “Communication Services” sector.

Internet services companies are now so powerful that they can literally shape much of our public discourse, culture, and society through the random whims of hidden overlords hiding in some closet in Silicon Valley. They can push search results up and down, use treasure troves of personal data for whatever they hope for, silence and promote voices as they please. From there they can control policy, public opinion, business trends, elections, and more with little to no accountability or transparency.

Not only can they, but they have – as events of recent years have shown through the various scandals concerning data, political censorship, business placement prioritization, and more.

Undoubtedly in pursuing “big tech” regulation the public needs to be cautious too. Severe limits on these companies could harm their own innovation and ability to adapt to provide better user experiences.

I am less fearful of potential misuse of the creation of moderate regulatory authority on these companies, as with all agencies – law enforcement, oversight commissions, any regulator, etc. – abuses or misguided regulation will happen. However as long as there are checks and balances through legislative oversight, elections, public opinion, business sentiment, the media, executive power, etc., things balance out in our multi-faceted republic.

Furthermore, it seems far better than the alternative that is seemingly increasingly demonstrating itself, which is just allowing “big tech” to freely reign as they see fit with whatever political machinations they are pushing, as recent revelations from Google over discussing using their search engine to promote anti-Trump Administration activism demonstrated.

Whether or not the White House goes through with this draft executive order beginning formal widespread proceedings against social media companies, it is clear that the “Facebook” and “Google” of 2025 likely will look very different from now, as both and others looked very different back in 2015, 2012, 2010, or prior.

Internet services and social media have changed the world for the better in many ways but also for the worse and have created new problems for our country and world to address, as with all sectors and issues. Perhaps now we are beginning to see some serious action in that direction in our nation.