Republicans Created a Free Market in Contact Lenses Before, Will They Protect It Now?

Erich Reimer
|
Posted: Dec 21, 2017 12:01 AM
Share   Tweet
The opinions expressed by columnists are their own and do not necessarily represent the views of Townhall.com. 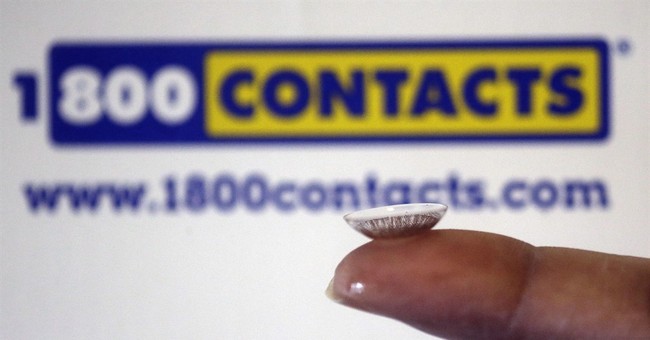 One of the most significant medical innovations of recent decades has been the creation of affordable, cheap retail contact lenses. In 2016, the global contact lens market was estimated at $9.91 billion, with the bulk devoted to corrective and therapeutic lenses. As consumers increasingly transition to contact lenses, the market is expected to reach $18 billion by 2024.

Many users of contact lenses can attest to how quickly costs can add up. While there are many variants, lens supply can easily amount to between $400 to $500 a year for many, compared to under $300 for most glasses prescriptions.

A major reason for the high relative cost of contact lenses is that many consumers are unaware they can purchase them from discount retail outlets or online rather than specialists’ offices. Consumers have had this right since Congress passed legislation in 2002 and 2003 that made the release of prescriptions mandatory.

Republicans played a critical role in opening the marketplace through legislation pushed by then-Representative Richard Burr and signed into law by President George W. Bush.

This legislation was passed with the understanding that retail consumers were rapidly adopting the use of contact lenses, yet many buyers were being held captive by eye care providers and did not have access to competing sellers.

Many Americans have benefited from this law. As competition makes lenses more affordable, more people are choosing to wear them. Per annual studies published by Contact Lens Spectrum,40.9 million adults wore contact lenses in 2015, compared to just 36 million ten years prior.

While this uptick is a step in the right direction, it should be even higher. Recent surveys have shown that over 31% of consumers surveyed were not given a copy of their contact lens prescription after their eye care visits, and 60% did not even know that their examiner is required to provide it to them.

This lack of public awareness is partly why 72% of consumers purchase more expensive contact lenses from examiners compared to 24% from online sites, 12% at shopping clubs, and 8% at drug stores.

Informed consumers rarely choose to pay more at such an overwhelming rate. Something is clearly askew in this marketplace.

Removing opportunities for examiners to evade the law -- knowingly or unknowingly -- is the foundation of the FTC’s plan.  Providing a single document to patients is not too much to ask, and it is a nearly fool-proof way to ensure compliance. Some specialists might quiver over the disappearance of their confined marketplace, but a free and open market is what is in the best interests of American consumers.

The Senate Appropriations Committee, or at least some members of it, seem to support the broken status quo that puts consumers at a disadvantage. Report language included in appropriations legislation embraces all of the eye care special interests' talking points, including so-called communications challenges from "robo-call" prescription verification, but refused to acknowledge any wrongdoing on the part of practitioners. In fact, the committee goes out of its way to rule out the proposed rectifications to eye examiners' systemic noncompliance with the 2003 law.

The R-Street Institute recently pointed out the consequences of the status quo. By allowing the monopoly situation in contact lenses to proliferate rather than an unhampered market, consumers will face higher prices and less worthwhile service, all while contact lens manufacturers face market demand to innovate and lower their prices.

Congress recognized this problem in the contact lens market over a decade ago, leading Republicans to pass rectifications. Today, Rep Tom Graves and the House Appropriations Committee acknowledges the current compliance problem and recently encouraged the Federal Trade Commission to modify the 2003 law in a way that “prioritize[s] patient safety and strengthen[s] enforcement mechanisms."

As contact lenses continue to advance rapidly, including soon-to-be-unveiled “smart” electronic contact lenses, the Senate Appropriations Committee needs to look beyond self- serving industry talking points and take immediate action to protect the free market created by their Republican forbearers.