Missile Defense Is a Priority for all Americans

Erica Rogers
|
Posted: Nov 15, 2020 12:01 AM
Share   Tweet
The opinions expressed by columnists are their own and do not necessarily represent the views of Townhall.com. 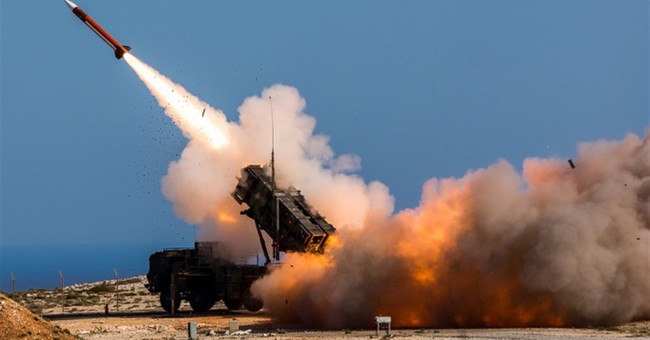 While lawsuits are flying and polls indicate that Republicans are losing faith in our democratic institutions, America’s missile defense is a constant. Amid the political chaos there is a permanent defense capability to protect us from foreign threats. Some aspects of government are constant and not disrupted by a political power struggle between warring parties.

One constant is that the American military is on constant alert. Our military stands up for America every day and the last line of defense, the Ground-based Midcourse Defense (GMD) program, provides one mechanism that both parties and 100% of Americans can support. In these turbulent times, Americans need that kind of confidence that our homeland is protected from enemies who want to take advantage of an America in partisan conflict.

Two of the United States' biggest adversaries, Russia and China, have held off on congratulating Joe Biden’s media projected win for the presidency. Likely they are not doing so because they are closely following the legal battle in Pennsylvania, Michigan and Wisconsin. They are likely hoping to sew chaos in the American political system that they might convert into a military push. We need to be vigilant to show that our defense posture continues to be strong no matter who is president.

Also, as a nation, we need to project continued strength to deter rogue nations like Iran and North Korea from plans they may have to take advantage of perceived American weakness. If there is any indication of weakness because of political infighting, our enemies may take advantage. North Korea may become more menacing by publicly testing new missiles and Iran may continue to menace oil tankers in the Persian Gulf.

There is one concerning development in the GMD program. The Missile Defense Agency (MDA) is trying to restructure the program to put more bureaucrat control over a program that has been working well with private sector management. The contractor that is serving as “lead system integrator” has done a good job and will be much better than a rotating set of bureaucrats who have no institutional knowledge of the integration of all the other contractors working in on the program. This proposed change might actually diminish national security as applied to missile defense.

There are some concerns that have been raised by a Congressional watchdog agency that studied the issue. The General Accountability Office (GAO) reported on October 21, 2020, “the program may encounter challenges obtaining the technical data and staffing levels necessary to manage the technical baseline and integrating the multiple prime contractors, which could ultimately affect GMD’s availability or readiness. As of October 2020, MDA has not yet determined an acquisition strategy for the next phase of the GMD program.” The potential problem raised if the MDA takes over as systems integrator is the actual integration of technical data and staffing levels – in other words the biggest problem is that the MDA as ‘System Integrator’ may not be as good of a system integrator as the contractor.

There are other issues that significantly impact this decision by the government to make momentous changes to America’s missile defense infrastructure. The GAO also raises the issue of staffing, because the government does not have sufficient staffing in place to serve the function of integrating all aspects of the program. The MDA also has recognized gaps in information that will hurt them in “understanding of historical, contemporary, and future technical data could diminish MDA’s ability to effectively manage the system’s architecture.” The transition would be a logistical nightmare. Maybe the government should leave this aspect of the program alone because it seems like a solution in search of a problem.

While the media immerses Americans in the latest Trump Tweet and Biden presser, it is important that our defense functions without any problems. It is also important to project strength and to not fix features of our national defense that are not broken.

Erica Rogers is a freelance writer, editorial director at Capitol Allies, and was a legislative aide to former New Jersey Assemblyman Nicholas R. Felice. She lives in the DC metro area with her husband and five children.