Emmett Tyrrell
|
Posted: Jan 07, 2021 12:01 AM
Share   Tweet
The opinions expressed by columnists are their own and do not necessarily represent the views of Townhall.com. 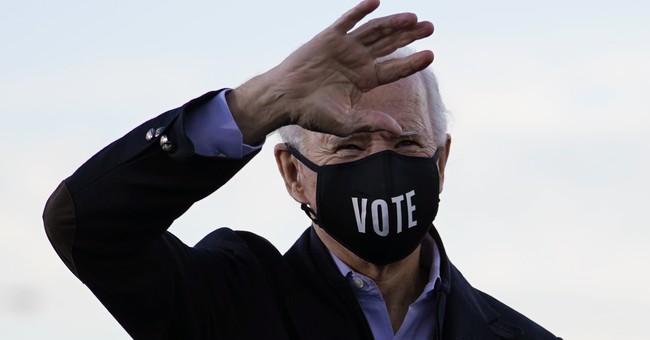 Linda Greenhouse was once The New York Times' reporter for the Supreme Court. Now, I take it, she is in retirement, though she apparently comes out of retirement from time to time to heave bouquets to President-elect Joe Biden. Last weekend, she heaved several of her floral encomiums his way when she told "My Joe Biden Story" to the Times' gullible readers. The result was warm, effusive and mostly claptrap.

She wrote that, in 1987, when Joe was chairman of the Senate Judiciary Committee, "Mr. Biden presided with confidence and grace (over the hearings for Judge Robert Bork's Supreme Court nomination), all the more notable because during those weeks, his presidential candidacy imploded over what now seems like one of the sillier scandals of modern politics: his unattributed appropriation, at the end of a candidates' debate at the Iowa State Fair, of a few catchy lines from a speech by a British politician." The British politician that originated the lines that Biden plagiarized was no ordinary politician. He was Neil Kinnock, the British Labour leader, and he was running to become prime minister. Biden stole not only Kinnock's words but also a part of his life, claiming to be a poor boy when young who was the first of his family "in 1,000 generations to be able to get to the university."

Greenhouse added a few paragraphs later that Biden's "campaign had foundered on a ridiculous accusation of plagiarism." Well, it might sound ridiculous today, at least to Greenhouse, but back on Sept. 16, 1987, Maureen Dowd, Greenhouse's colleague, landed the story of his plagiarism on the front page of The New York Times after talking with my American Spectator colleague Jeff Lord who remembered a recent speech by candidate Biden that came word for word out of a speech by Robert Kennedy. The Times' frontpage article was entitled "Biden Is Facing Growing Debate on His Speeches." If you are going to steal another candidate's oratory, Joe, you might steal from the best, right?

The Times piece reported that Biden said the reason for his apparent use of Kinnock's speech was "simply oversight." He meant to credit Kinnock but just forgot. That apparently was not sufficient. His critics pounced.

He was acquiring critics fast and from both parties. According to Dowd, "This week politicians of both parties, some of them partisans of other candidates in the Democratic Presidential race, have pointed out to the press additional instances in which the Delaware Senator has borrowed memorable passages from others' speeches without attributing them. These instances have become a major subject of discussion throughout the capital." It was the beginning of the end for Biden's 1988 candidacy. It might sound like a "ridiculous accusation" today to advocates of the president-elect, but the accusation did not sound so ridiculous in 1987.

Biden had been using choice bits of John F. Kennedy's oratory. He used larger hunks from Robert Kennedy. He even lifted from Hubert Humphrey. Actually, I have been calling Biden a plagiarist for years, and no one has complained. If I were mistaken, surely someone would have noticed. Perhaps Greenhouse could take leave of her bouquet-throwing and correct me. What is more, she might correct her colleague, Dowd.

Let us face the facts. Joe Biden is the first plagiarist to win the nomination for president in modern times. Greenhouse is the first apologist for a plagiarist to practice her dark arts in public. Who among the media will join her in her campaign for Joe? I am willing to bet that she has scores of fellow travelers out there, and in time, they will all be peddling their balderdash widely. Their subservience to Joe will be put to good use.

Joe is the weakest presidential candidate in modern times. He was dead in the water as early as 1987. He should have quit politics then. Yet, at some point, he discovered he could become rich running for office, and now he is rich, as is his son, his brother and dozens of other cronies.

We are going to see a lot more blunders in the months ahead. Joe is gaffe-prone and blunder-prone. He is going to provide a lot of laughs, and he will need a Greenhouse every step of the way.