What Has Gotten Into the Democrats?

Emmett Tyrrell
|
Posted: Mar 09, 2017 12:01 AM
Share   Tweet
The opinions expressed by columnists are their own and do not necessarily represent the views of Townhall.com. 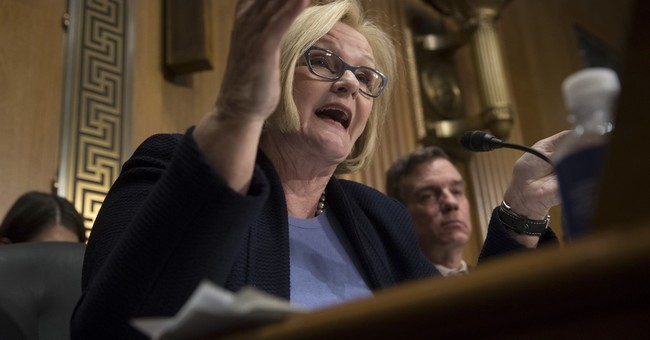 Trending
WASHINGTON -- The average American is understandably perplexed as to why Senate Minority Leader Charles Schumer, House Minority Leader Nancy Pelosi and, of course, the runner up in last year's Democrat primaries, Sen. Bernie Saunders, are so lathered up over the Republicans' recent overtures to the Russians. They are calling for the impeachment of Attorney General Jeff Sessions. They want a special prosecutor to look into President Donald Trump's relations with Russian President Vladimir Putin. What has gotten into the Democrats? Why are they so bellicose toward Moscow?

What happened to detente? What happened to perestroika and glasnost? And how about their longtime fear of a nuclear winter, and their longing for a nuclear freeze? The Democrats have always been big on mixing rhetoric with climate, though, admittedly, Putin and his fat-cat cronies have changed over the years from the Soviets of old.

The old Soviet economy was something with which Saunders and Pelosi and even the Schumer of recent edition could identify. Bernie, the socialist, in particular had more in common with the Soviet system than with American capitalism. The Soviet economy certainly made more sense to him than the wild swings of the American economy that we have today. Think of it! The stock market is up 10 to 12 percent since Donald Trump was elected. The giant corporations and Wall Street are doubtless making a killing. Those animal spirits that make him uneasy are even returning to the middle class. Bernie tried to warn us but to no avail. Now, Schumer and Pelosi have let out a yell.

I well remember the glowing praise of yesterday's progressives for the Soviet economy. There were, for instance, John Kenneth Galbraith of Harvard University and Lester Thurow of MIT in the 1980s enthusing over Soviet prosperity just as Mikhail Gorbachev was about to come to power. Of course, the alarums sounded by the Democrats today about the Republicans' approaches to the Kremlin were not heard in the 1970s and 1980s, at least not from the Democrat leadership. They talked of peaceful coexistence then. What about peaceful coexistence with Putin?

Do you recall Sen. Edward Kennedy, the Lion of the Senate, writing Soviet leaders Leonid Brezhnev and Yuri Andropov in a secret correspondence aimed at undermining Presidents Jimmy Carter and Ronald Reagan? Most probably you do not. Such communications by Kennedy and former Sen. John Tunney to the KGB were not widely reported in the American media at the time. Yet, Sovietologists such as Herbert Romerstein and Paul Kengor have been reporting these contacts for years. Go ahead and Google Kennedy and the KGB. The Times of London reported on them. Now, the Democrat leadership is suspicious about ambiguous allegations of contacts between the Trump campaign and the Russian government. The mainstream media even report on such alleged contacts as "ties."

Sessions neglected to answer to the Democrats' satisfaction the poorly constructed questions about two meetings he had with the current Russian ambassador to the United States, Sergey Kislyak. Sessions is in hot water. After tweeting that she has never met Kislyak, Democrat Sen. Claire McCaskill's own Twitter account revealed two interactions. Just like Sessions, she overlooked them. More recently, Pelosi had to clarify her claim that she had never met Kislyak. A picture turned up showing her with him. In her clarification, an aide to Pelosi said, "She has never had a private one-on-one with him." Well, if it were a private meeting, I assume there would be no pictures.

On that occasion, Pelosi was actually meeting with then-Russian President Dmitry Medvedev. So Democrat bigwigs do occasionally meet with Putin's people. That reminds me of President Barack Obama's embarrassment with Medvedev. Without knowing his microphone was on, Obama told Medvedev to assure incoming President Putin that after the 2012 election, he would have "more flexibility" in dealing with the Russians. Medvedev agreed, though Obama did not apparently find Putin so lovey-dovey.

The modern Russians are not as clubbable as the Democrats found the Russians of the Soviet era. They are not even as agreeable as President Obama found them in 2012. Perhaps ordinary Americans, having read their history, can agree with me. These Democrats are mercurial. No wonder more and more Americans are coming to the conclusion that the country is in better hands with a real estate developer.