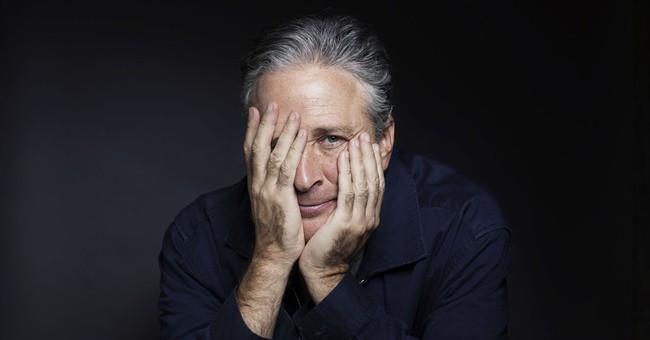 All poor Stewart ever did was to sally forth into the realm of irony, saying on Twitter and Facebook that "Finally, someone is being held to account for misleading America about the Iraq War." He was, as fate would have it, joking about his erstwhile collaborator in comedy, Williams. Then, whammo, the Times publishes its heavily documented piece divulging how the CIA and the American army, after vanquishing Saddam Hussein's forces, undertook a very effective program, Operation Avarice, for "acquiring and destroying at least 400 Borak rockets, one of the internationally condemned chemical weapons that Saddam Hussein's Baathist government manufactured in the 1980s ..."

The Operation Avarice report reminded those of us who follow foreign affairs that other reports like it have been available to the public for years. In fact, the Times reported similar findings last October, and then there was the testimony before Congress. Authorities such as David Kay, head of the Iraq Survey Group, and his successor, Charles Duelfer, have appeared before House and Senate panels attesting to the veracity of the American government on these weapons. Surely such a smarty-pants as Stewart was aware that he was lying when he cast doubt on the government's motives for invading Iraq. The Times is merely trying to nail another scalp on its trophy case. Poor Stewart, his college-age audience might never take him seriously again. Not surprisingly, Jon Stewart and Brian Williams -- he of the mythic helicopter -- announced their retirement the same day.

When Stewart tapped out, "Finally, someone is being held to account for misleading America about the Iraq War," he was, of course, playing on that popular left-wing ditty "Bush Lied, People Died." It is a commonplace among Michael Moore and the Hollywood philosophes. Yet, the truth is closer to what Judge Laurence Silberman, co-chairman of the Commission on the Intelligence Capabilities of the United States, recently wrote in the Wall Street Journal when he said "... as I recall, no one in Washington political circles offered significant disagreement with the intelligence community before the invasion." You might remember that the head of the intelligence community, George Tenet, said that Saddam's possession of WMDs was "a slam dunk."

Yet aside from the findings of the New York Times, of Kay, of Duelfer, of the intelligence community, there have been books on the subject all attesting to the existence of WMDs in Iraq before we ever set foot in the country. Those weapons may have been broken down into pieces strewn around Iraq, but they were there and according to Vice President Dick Cheney, writing in his memoir, "In My Time," they made Iraq a more dangerous place than he had originally thought. Cheney quotes Kay as saying the Iraq Survey Group had discovered "dozens of WMD-related program activities," laboratories for recreating the weapons in short order, and grisly laboratories for experimentation on human prisoners. Then there is former secretary of defense Don Rumsfeld who, after suavely disavowing the goal of democracy in Iraq, writes in his memoir, "Known and Unknown," that Saddam kept the ingredients for biological and chemical weapons "on the shelf" so that they could be reconstituted within weeks. He proceeds to take issue with the Bush administration for allowing lies about the non-existence of these WMDs to go unchallenged.

And so it is that another of the giants of our entertainment industry bites the dust, an amazed victim of the New York Times. Could Stewart have maintained his repute for -- I think the inflated word they use is comedic -- genius had he stuck to the truth and admitted that Saddam had the makings for weapons of mass destruction? WMDs, as Billy Wilder said of German humor, are no laughing matter. But surely Stewart and his writers could have had some fun with that arrogant fool Saddam Hussein. He in his obduracy invited the American army in to topple his absurd statue, lounge about in his garish palaces, and leave him hanging from a rope. How about that for humor, Stewart, at least humor noir?