The President of No! 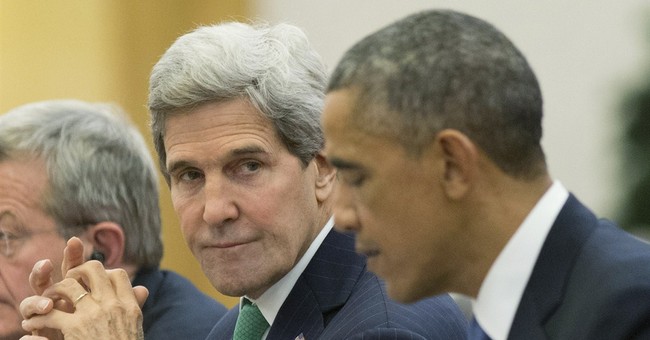 Trending
WASHINGTON -- In the gloom of the day after last week's election I think even his allies in the media expected something more from the Prophet Barack Obama. After all, he had just suffered through a wave election and he was left soaking wet. He did not merely lose this wave election. He was swamped.

Republicans were victorious practically everywhere. At times they won by double digits: Senator Mitch McConnell won by 15 points, Arkansas' Senator-elect Tom Cotton by 17 points. And forget not the governorships: Ohio's John Kasich by 31 points, South Carolina's Nikki Haley by 15 points. The sorely pressed governor of Wisconsin, Scott Walker, won his third race for governorship in four years by five points against unions, big money Democrats nationwide, and Hollywood! As I said last week, it was the second wave in the last three elections and an election more epochal than the president's in 2008 and his rerun of 2008 in 2012.

Yet on Wednesday, President Obama did not present a chastened image to the nation. Stepping before the cameras in the East Room of the White House he looked like he had been sucking on a lemon. He made a few graceless remarks and then he assumed his usual demeanor, moral superiority. Remember when President George W. Bush was taken to task by the White House press corps for not being able to enunciate what might have been his "biggest mistake" since 9/11? How would President Obama have fared, if that question had been put to him last week?

Instead, he threatened to achieve immigration reform by executive order if Congress does not send him a bill crafted to his liking. He said this despite Mitch McConnell saying that to do so would "poison the well" with McConnell's Congressional colleagues. Well, the well is already poisoned. Barack Obama is utterly unable to accommodate disagreement. Early in the Prophet Obama's brief career from the Illinois senate to the White House, I read a poetic piece in The New Republic about young Barack Obama's amazing ability as president of the Harvard Law Review to shape a sweet consensus from conflicting views expressed by his antagonistic colleagues on the left and the right. It sounded magical, and it was. It was in fact an exercise in the occult.

If we have learned nothing else about President Obama through these dreary six years, it is that he is a stubborn left-wing ideologue. That piece in the Harvard Law Review was just the opposite of the truth. Yet it established a myth: Obama the conciliator.

He has never negotiated a compromise on anything and he will not turn over a new leaf now. He has never been a compromiser because he has never recognized the validity of his opponents' point of view. At Columbia University, Harvard Law School and the University of Chicago Law School (where he was adjunct professor) he resided in the most rarefied environment imaginable, an environment that prides itself on disagreement while not allowing any disagreement whatsoever. Another word for this peculiar condition is hypocrisy, stupendous hypocrisy. Hypocrisy is the tribute vice pays to virtue, according to La Rochefoucauld. It is also the tribute academic conformity pays to virtue.

So do not expect any accommodation from the Prophet Obama toward the Republican majorities in Congress. The best thing that House Speaker John Boehner and presumptive Senate Majority Leader McConnell could do is to flood the White House with utterly reasonable bills on every available issue. Then display enormous dismay when the president vetoes them. Let Obama spend the next two years playing the role of "The President of No!"