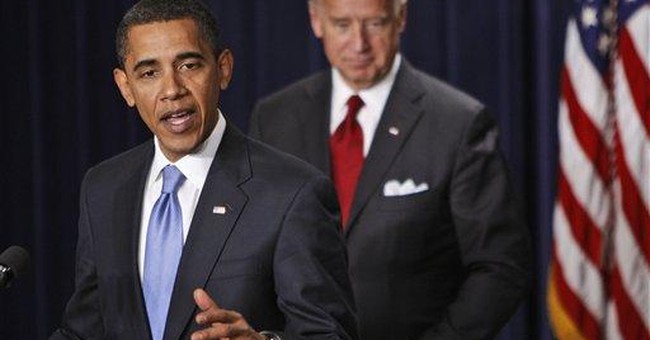 WASHINGTON -- There is a vexed brouhaha going on between two of my favorite conservatives, Rush Limbaugh and Sen. Tom Coburn of the great state of Oklahoma. It has been caused by a mischief-maker by the name of Jeff Greenfield, now working apparently for CBS TV. Greenfield began his TV career as a mischief-maker on the late William F. Buckley's "Firing Line" and continued it on CNN. Now he interviews personages for CBS, but he has not lost his knack for creating a row … or simple confusion.

Shortly after President Barack H. Obama took the oath of office, Greenfield was interviewing Sen. Coburn, whom he stopped in his tracks after the senator genially offered that he wished the new president well and hoped he would "succeed." Greenfield notified the senator that Limbaugh, "probably the most prominent conservative commentator in America," did not wish Obama success. Greenfield quoted Limbaugh as saying, "I know what (Obama) wants to do, and I don't want him to succeed." That sounds as if Rush has gone into kamikaze mode. It sounds downright unpatriotic. Yet it misrepresents what Rush was talking about, and later, on his radio show, Rush explained his point.

All depends on what President Obama "wants to do," and Rush believes he wants to socialize the economy -- the banks, health care, the auto industry, the works. Rush believes that state control of commerce is, well, the road to serfdom, as Friedrich von Hayek put it six decades ago. Since Hayek's time, we have had ample evidence to meditate on the performance of socialism, and such renowned socialist states as India (the soft form of socialism) and China (the rough form of socialism) have discarded it. Both have fashioned their economies around market capitalism and flourished in a way that would have been unthinkable a generation ago.

Capitalism brings prosperity. Since the Reagan Revolution, America has enjoyed a quarter-century of almost unbroken economic growth. There were two brief and shallow recessions, but in modern history, there never has been such a period of prosperity. Now we are in a recession, and it appears it will be neither short nor shallow. That is why I have been drawing attention to the original cause of this recession, namely government. It was government, specifically the Clinton administration, that goaded two government instrumentalities, Freddie Mac and Fannie Mae, to traffic in subprime mortgages and traffic wantonly. The junk mortgages were sold all over the world, often to government-regulated institutions. I stand with the newly elected president in admiring government regulation, at least some government regulation. But this economic mess proves that government regulation is not foolproof. The regulators were human, and humans fall prey to error, as they did in regulating American banks in the 1990s and more recently.

So once again, Rush is right. Socialism is a menace to freedom and to prosperity. If President Obama nationalizes as extensively as some of his supporters are advocating, I will be against him, too. Fortifying the banking system and buying up troubled assets is wise and, as was seen in the late 1980s rescue of the troubled savings and loan associations, is effective. The president's proposed giant stimulus program is another matter. We have tried such programs in the past. They are ineffective, breed corruption, and leave in their wake inflation.

Yet for my part, I am willing to give the new president the benefit of the doubt. In his fine and workmanlike speech, he spoke out for markets, saying their capacity "to generate wealth and expand freedom is unmatched." There was a day not so long ago when liberals denied markets even existed. The great advocate of the mixed economy John Kenneth Galbraith, who late in life identified himself as a socialist, jeered at the very idea of a market, joking that he could not see it or touch it. Well, most educated people now recognize the existence of markets and their indispensability to economic prosperity. I say let us give the new president an opportunity to show us what he knows about markets.