How Obama Can Win 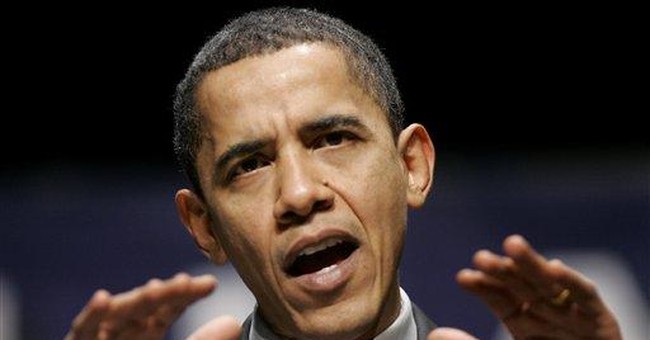 WASHINGTON -- If you stop to think about it, it did not take much time at all for the Obama-Clinton contest to become the most overwrought political spectacle since … well, since independent counsel Kenneth Starr was subpoenaing Mrs. Hillary Rodham Clinton's Rose Law Firm billing records and all the rancor that followed therefrom. Two months back, Sen. Barack Obama was the genial, winsome young orator from the Land of Lincoln, and Sen. Hillary Rodham Clinton was the smiling front-runner for the Democratic presidential nomination. Somehow her double-digit lead over him vanished and -- whammo! All of a sudden, the charges of treachery and personal destruction were flying.

Thitherto Obama was the anti-war candidate, the herald of change, the first black candidate to present a plausible campaign for residency at 1600 Pennsylvania. Almost overnight, Boy Clinton was casting doubt on Obama's anti-war bona fides, his honesty and the viability of his presidential ambition. He called it a "fairy tale." Hillary, with her famous tin ear, was slighting Martin Luther King Jr. and doubting that Obama's experience was sufficient for the rigors of the presidency. No one was frank enough to mention her experience, which includes lying under oath, obstructing justice, slandering such collateral damage of the Clinton Saga as Gennifer Flowers, Kathleen Willey and the fair Monica, and finally forget not her cattle futures bonanza. For that matter, no one was frank enough to say that her husband (who in a plea bargain before leaving office admitted to lying under oath, gave up his law license, and paid a $25,000 fine) was unfit to judge Obama's honesty.

The immediate aftermath of Hillary's slim victory in New Hampshire was the Clintons v. Starr all over again. The race card went into play and the gender card -- all this in a Democratic primary. The only element missing from the Clintons' overwrought 1990s was Hillary's discovery of a "vast conspiracy," but there is still time. Wait until the action shifts to California, where the paranoid style inspires some of Hollywood's greatest contemporary masterpieces.

Slowly the genial Obama has caught on. He is now gingerly complaining about the Clintons' "accuracy." On ABC's "Good Morning America," he said that the ex-Boy President "continues to make statements that are not supported by the facts -- whether it's about my record of opposition to the war in Iraq or our approach to organizing in Las Vegas." He has not called the Clintons liars, but that is his implication, and his supporter, former Senate Majority Leader Tom Daschle, charged the Clinton campaign with "incredible distortions."

So, here we are back in the politics of the 1990s, and the Clintons have not even gotten into a race with the diabolical Republicans. Imagine how overwrought that campaign might be. Can Obama, who calls himself a "transformational" candidate, preserve the republic from yet another hysterical Clinton campaign or, even worse, another hysterical Clinton presidency? I think he can. In fact, if he and his advisers look back to the weeks before the Iowa caucuses, they will see how that double-digit lead of Sen. Clinton's vanished.

Obama introduced two themes, both closely related. He asseverated that the Clintons represent all the bitterness associated with "the baby boomers" in politics. That they do. In recent weeks, we have tasted that bitterness all over again. What is more, with great subtlety, Obama brought up "the 1990s." Hesto presto -- the Clinton lead vanished among the Democrats, who supposedly adore the Clintons. As Democratic primary voters now have fresh evidence of the Clintons' dirty tricks and bitter charges, Obama should revert to these themes. He now finds himself on the defensive in the rancorous atmosphere that the Clintons apparently thrive in. Obama should return to the high ground where he already has hurt Hillary badly. In claiming he is the candidate of change, he should remind Democrats of the baby boomers' bitter battles and of "the 1990s." Clear-thinking Democrats will know what he means. He will win their presidential nomination, and I no longer will have the Clintons to kick around. It is about time. Sixteen years of laughs at their expense is enough.