Emmett McGroarty
|
Posted: Aug 17, 2017 1:33 PM
Share   Tweet
The opinions expressed by columnists are their own and do not necessarily represent the views of Townhall.com. 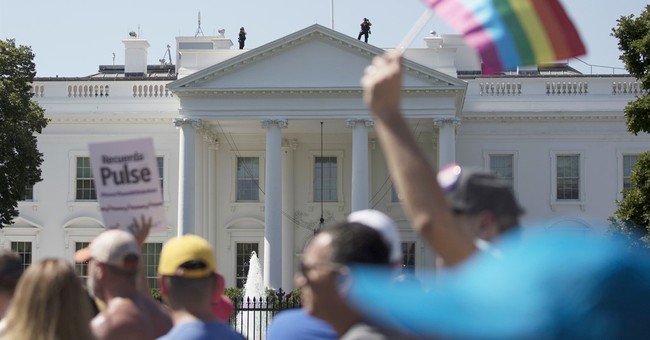 Editor's Note: This column was co-authored by Jane Robbins.

At The National Pulse, Andrea Moury has written about the “toolkit” produced by the Minnesota Department of Education (MDE) to dictate policy toward K-12 students suffering from gender dysphoria (“transgender” students). The toolkit tracks the now-standard leftist approach toward these students – treat them in all respects as members of the opposite sex, even if that invades the privacy of other students (and even if it harms the confused students it’s supposed to help, but that’s another discussion). MDE’s approach is simple: Transgender desires trump everything else in the schools.

Without repeating Moury’s comprehensive summary of the toolkit, it’s worth mentioning a few revealing points.

The first thing that catches the eye is the toolkit’s misleading statement of federal law. MDE cites Obama administration claims from 2011 and 2016 that Title IX, which prohibits discrimination in federally funded education programs “on the basis of sex,” covers claims based on gender identity as well as sex. But it fails to mention that the current U.S. Department of Education has withdrawn the Obama Administration’s “guidance” that expanded the statute beyond its boundaries. Although a few activist courts have stretched Title IX to accommodate the leftist claims, it is entirely dishonest to cite withdrawn guidance as reflecting the requirements of federal law.

Clearly, nuance is not MDE’s strong suit. For example, again misstating the scope of Title IX, the toolkit claims: “Title IX requires that schools provide transgender students with the right to participate in . . . athletics, in a manner consistent with their gender identity.” No exceptions, no hesitation. Even the Obama guidance didn’t go this far, acknowledging grudgingly that “Title IX does not prohibit age-appropriate, tailored requirements based on . . . medical knowledge about the impact of the students’ participation on the competitive fairness or physical safety of the sport.”

MDE scoffs at competitive fairness and physical safety. If a boy wants to compete on the girls’ track team and win a college scholarship meant for girls, MDE doesn’t see the problem. And if a girl wants to play football, the coach apparently can’t cut her from the team until after a 250-pound lineman inflicts serious physical harm.

The toolkit also directs schools to falsify education records of a transgender student to reflect the wrong sex, name, and pronoun. MDE warns that “casual use of a student’s incorrect pronoun or name” may violate federal privacy law (the Family Educational Rights and Privacy Act, or FERPA). By “incorrect,” of course, MDE means “correct.” But FERPA protects only information contained in the now falsified records, so if the “incorrect,” meaning correct, pronoun is casually used, that’s not a revelation of information from the records, which now contain the “correct,” meaning incorrect, pronouns. Oh, what a tangled web we weave.

Overall, the toolkit is most noteworthy for its utter lack of concern, bordering on disdain, for non-transgendered students. These students are treated as mere obstacles to full self-actualization of their confused classmates, possessed of prejudices that should generally not be catered to.

Not until the last page does MDE even mention privacy of non-transgendered students, allowing accommodations if they object to sharing intimate spaces with a member of the opposite sex – but always with the caveat that transgender “rights” take precedence. In the most jaw-dropping statement of the document, MDE opines that “[p]rivacy objections raised by a student in interacting with a transgender or gender nonconforming student may be addressed by segregating the student raising the objection provided that the action of the school officials does not result in stigmatizing the transgender and gender nonconforming student.”

“Segregating”? Use of this 1960s-era term is jarring. Try to imagine MDE bureaucrats using this word to describe appropriate treatment of a transgender student. And none of the concern that’s lavished over “stigmatizing” the transgendered student transfers to the possibility of stigmatizing the “segregated” student.

MDE’s double standard extends to the rights of parents. Loving detail is devoted to working individually with parents who are helping their confused child “transition,” but parents of other children have to be satisfied with a mass meeting at which the bureaucrats will warn strictly time-limited speakers to be “non-discriminatory.”

MDE’s agenda is clear. Parents and children will be bullied into relinquishing their basic human rights to accommodate a tiny minority of troubled students – and dissent will not be tolerated. Or, as an alternative, Minnesota parents could inform MDE that their children won’t be subjected to this petty tyranny. Radical bureaucrats intent on making public schools uninhabitable for the vast majority of citizens must be reminded who’s in charge.