More US Aid Going to Myanmar, But Without Addressing the Country's Egregious Human Rights Abuses

Elyssa Koren
|
Posted: Sep 06, 2020 12:01 AM
Share   Tweet
The opinions expressed by columnists are their own and do not necessarily represent the views of Townhall.com. 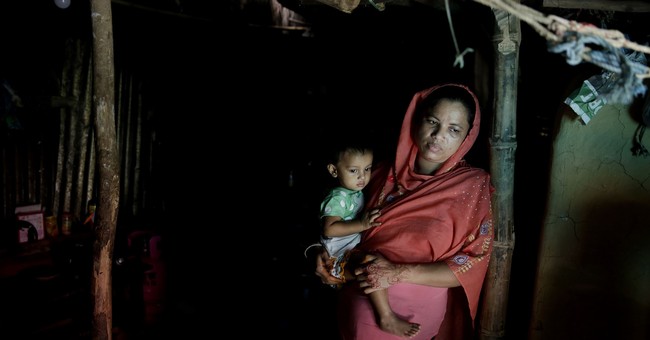 The United States Embassy to Myanmar announced this summer that an additional $1.95 million in U.S. funds will be provided for COVID-19 assistance to the country. This brings the total U.S. pandemic assistance to Myanmar to $18.5 million.

The devastation of COVID-19 is compounded in Myanmar by the country’s egregious human rights abuses. Minority populations are the victims of discrimination, violence, and persecution. Much of these abuses are State-sanctioned, driven by laws targeting minorities, and worsened by escalating internal conflict.

As outlined in the recent State Department draft report of the Commission on Unalienable Rights, “tens of millions of persecuted men and women still count on the United States for encouragement and hope”. The U.S. has a unique responsibility to hinge its humanitarian assistance on the pursuit of human rights reform. There is no doubt that Myanmar needs COVID-19 relief right now. But this relief must go hand in hand with an unfaltering U.S. insistence that the government put an end to discrimination and persecution.

The Commission report, tasked with outlining a way forward for constructive U.S. engagement in in the international realm, makes clear that the tradition of American constitutional democracy should “inform and elevate” U.S. foreign policy positions. The U.S. has a deeply rooted moral obligation to champion vigorously the rights enshrined in the Universal Declaration of Human Rights. Myanmar is in urgent need of such championing.

USAID has outlined the targeted benefits the people of Myanmar have received from U.S. COVID-19 assistance, in addition to previously designating significant sums specifically for humanitarian assistance to persecuted minorities. What is needed now is for these efforts to be reinforced by a clear call for dramatic religious freedom reform in Myanmar.

Such an approach is affirmed and mandated by an Executive Order on international religious freedom signed in June. As a result of the Order, U.S. government agencies are specifically directed to consider religious freedom measures when conferring aid. The pandemic has exacerbated the urgency of putting this directive into practice.

Although technically recognized by its constitution, freedom of religion is heavily restricted in Myanmar. Article 34 of the Constitution falls short of internationally accepted human rights standards in that it permits authorities to deny the right to freedom of conscience as well as the freedom to adopt a religion or belief of one’s choice.

Both those belonging to recognized and non-recognized ethnic and religious minorities face large-scale discrimination and persecution, impeding their fundamental human rights. Most vulnerable among these unprotected groups are the Rohingya people (predominantly Muslim), who are regarded as neither citizens nor belonging to a minority, and thus rendered stateless. Despite some attempts at legal reform, the almost 1 million Rohingya as well as other non-recognized groups native to Myanmar continue to be denied eligibility for full citizenship, opening up a never-ending list of further human rights abuses.

Myanmar also experiences significant anti-Christian violence, impacting namely the Kachin, Chin, and Karen populations. This has taken the form of protracted military conflict and displacement, and has included the destruction of churches, the desecration of sanctuaries, the looting of offerings, as well as sexual violence inside church buildings. Other forms of persecution against Christians include teachers being removed from schools, the study of Christianity being forbidden, and outlawing the construction of new churches. The printing of the Bible is banned, and people seeking new jobs or promotions are told they must convert to Buddhism.

Per the country’s Religious Conversion Law, individuals are severely limited with regard to the ability to change religion. In order to convert, a citizen of Myanmar has to jump through draconian hoops from a registration board. Criminal penalties are imposed on those who “apply for conversion to a new religion with the intent of insulting, degrading, destroying or misusing any religion”. Like much of the law in Myanmar, it is vaguely worded and leaves great discretion to the state on implementation.

Women are particularly adversely affected by the Population Control Law, which requires those in minority populated areas to space the birth of children three years apart. The law grants discretionary power to restrict reproductive rates to the government to ensure resource allocation. Besides violating the basic right to decide freely the size of one’s family as recognized in international law, this dystopian prerogative is likely connected to an array of hidden state-administered human rights atrocities such as coercive abortion or sterilization.

As emphasized by the Commission on Unalienable Rights, now is the time for the U.S. to pursue human rights with “renewed vigor, with pride in what has been accomplished, with humility born of the awareness of her own ‘shortcomings and imperfections’ and of the complexities of world politics”. America must not stop short at mere aid relief. Myanmar demands the full attention of its renewed human rights vigor.