Ed Feulner
|
Posted: Apr 25, 2018 12:01 AM
Share   Tweet
The opinions expressed by columnists are their own and do not necessarily represent the views of Townhall.com. 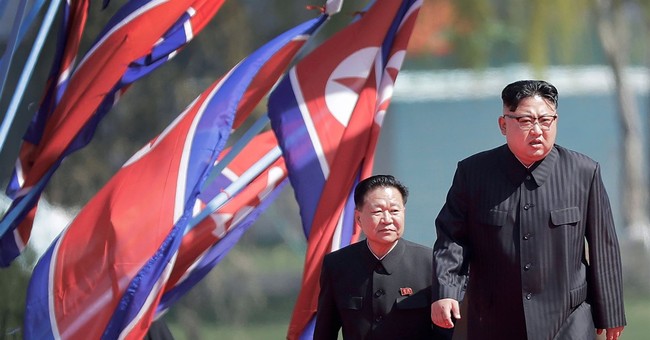 SEOUL, KOREA—Throughout my latest visit to Northeast Asia, I’ve met with many governmental officials, business leaders, academics and activists, and seen firsthand that the people of Japan, Taiwan and South Korea are eagerly anticipating the upcoming summits with Kim Jong-un, North Korea’s reclusive and dictatorial leader.

The head of the “Hermit Kingdom” has determined that it’s in his national interest to meet with President Trump in late May, following a meeting with South Korea’s President Moon Jae-in. Why? Simply put, it may bring some relief to his starving, bankrupt, but nuclear weapon-equipped country.

Kim is really feeling the effects of the harsh economic sanctions now being applied, especially with his protector -- mainland China -- cooperating with their strict enforcement. A call for summit diplomacy is a necessity for Kim.

The question is, how best for Seoul, Washington and Tokyo to proceed?

My first piece of advice to everyone involved is to stick together. Don’t let Kim see any separation between the allies. We’ve worked too long and too hard, side-by-side, to let this outsider come between us. If we go our separate ways, it will be much easier for him to play us off against each other.

My second piece of advice is to demand immediate compliance with our shared objective of the dismantling and removal of all nuclear weapons and delivery systems from North Korea. We should insist that we won’t relax strict economic sanctions until the weapons are out.

Our independent inspectors must have unlimited access to proven and to suspected weapons development and storage sites. Never mind promises – they must see the bombs on trucks coming out.

These two basic points are essential if we are to rid the region and the world of this nuclear bomb-enabled ruler.

The intricacies of political thinking, however, leads me to a third piece of advice: If we insist on the first two, he will find it harder to agree. Therefore, we shouldn’t get our hopes too high for immediate positive action from these summits.

So let’s keep our expectations reasonable. Dealing with the Kim family dynasty has never been easy for the leaders of free Korea, Japan or the United States. We’ve all had our share of meetings and agreements signed with great fanfare, only to have the North’s leaders tear them up, or at least ignore them, when it suits their convenience, or when they’ve achieved the results they want.

I know all three leaders: President Moon Jae-in of South Korea, Prime Minister Shinzo Abe of Japan, and of course, President Trump. They are in frequent contact with each other during this preliminary period. They have to keep that up through the whole negotiating process.

We’ve learned the wisdom of Ronald Reagan’s dictum “Trust but verify.” Except in this case, we should interpret this as “Don’t presume trustworthiness, and verify every detail every step of the way. “

President Trump’s national security team, including Secretary of State-designate Michael Pompeo, Defense Secretary Jim Mattis and new National Security Advisor John Bolton, are all seasoned veterans. And we all know that POTUS is an excellent negotiator.

But, above all, remember the primary objective of these meetings: to remove nuclear weapons and their delivery systems from North Korea, and to then expect North Korea to begin acting as a member of the civilized world.

To the leaders of the U.S., South Korea, Japan and their advisors, I say: Be patient, be strong, and be together. That’s what having allies is about, and that’s where we have to start and finish this round of summit meetings. Let’s get to work -- and finish the job.