The Census and Immigration: Ask the Question

Ed Feulner
|
Posted: Apr 13, 2018 12:01 AM
Share   Tweet
The opinions expressed by columnists are their own and do not necessarily represent the views of Townhall.com. 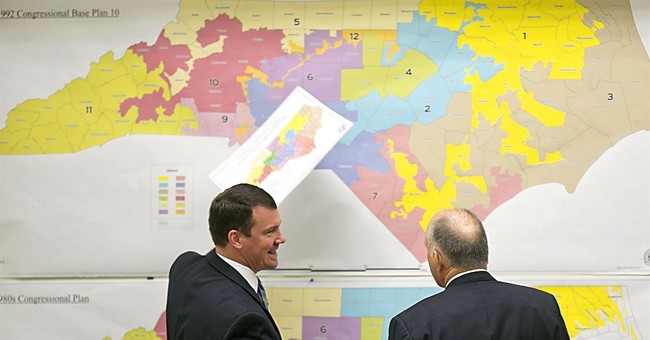 In a saner age, adding a question about an individual’s citizenship status to the decennial U.S. Census would be the most unremarkable thing in the world. The only understandable reaction might be, “What took you so long?”

But no. We live in a hyper-partisan, politically correct era, so the Trump administration’s decision to add the citizenship question has been met with howls of shock and horror. A coalition of Democratic cities and states is suing the administration, claiming the decision violates federal law.

“Galling,” pronounced The New York Times in an editorial titled “The Trump Administration Sabotages The Census.” Along with many other critics, the Times insists that the question will lead to a vast undercounting of the immigrant population.

Such a prospect alarms opponents such as the editors at The Washington Post, who at least admit their concern is more about political power: “Whether by design or incompetence, the Trump administration is threatening to rig the count against Democrats.”

Or maybe – just maybe – the administration is trying to get a better handle on how many non-citizens we have in our country. Sure, you can’t expect 100 percent accuracy, but as the administration noted, the question can be answered anonymously. So why not ask?

Besides, there is nothing new about adding a citizenship question to the U.S. Census. Indeed, the first one was asked almost 200 years ago, in the 1820 Census, after being proposed by our third president, Thomas Jefferson.

“The question was included in censuses, continuously and without controversy, from 1890-1950, a period which encompassed the years of highest immigration and the highest percentage of foreign-born citizens in American history,” notes author Mike Gonzalez. “It was asked on the long-form census until 2000 and continues to be asked today on the American Community Survey.”

In fact, the citizenship question to be included on the 2020 Census is the same one already asked yearly on the American Community Survey.

But no. It wasn’t until the Trump administration -- which is so roundly despised by the Left that none of its proposals are actually considered on its merits – decided to put the question on the Census itself that it became a problem.

How big a problem? According to House Minority Leader Nancy Pelosi (D-Calif.), it would “inject fear and distrust into vulnerable communities, and cause traditionally undercounted communities to be even further underrepresented, financially excluded, and left behind.”

Ironically, though, it’s the policies of the Left, not the Right, which are doing that. Liberals are the ones who encourage the identity politics that divide our nation so needlessly. As Justice Clarence Thomas said in the 1994 Supreme Court case Holder v. Hall:

“We have involved the federal courts, and indeed the nation, in the enterprise of systematically dividing the country into electoral districts along racial lines — an enterprise of segregating the races into political homelands that amounts, in truth, to nothing short of a system of ‘political apartheid.’ Blacks are drawn into ‘black districts’ and given ‘black representatives’; Hispanics are drawn into Hispanic districts and given ‘Hispanic representatives’; and so on.”

And isn’t it interesting that the same critics who bang the drums daily about “foreign interference” in our elections should suddenly show absolutely no concern about discovering the extent of illegal immigration in our country? As J. Christian Adams, president of the Public Interest Legal Foundation and a former Justice Department lawyer, said in a public statement:

“It’s critical that the next redistricting cycle account for the citizen residents of districts so urban centers do not unfairly profit from the political subsidy that higher non-citizen populations provide. This carries the nation one step closer to preventing against actual foreign influences in our elections.”

If we want to diminish those influences, and get a better handle on the size of our alien population, asking the immigration question on the Census is a good place to start.