Ed Feulner
|
Posted: Sep 22, 2017 12:01 AM
Share   Tweet
The opinions expressed by columnists are their own and do not necessarily represent the views of Townhall.com. 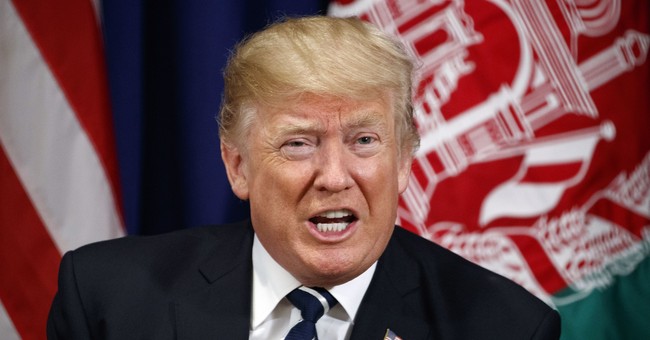 Let’s face it. When it comes to historical markers and monuments, especially ones related to the Civil War, we hear more about destruction than dedication these days.

So it was refreshing to note, as we marked the 155th anniversary of the battle of Antietam on September 17, that some key restoration projects will soon take place there.

Antietam remains the single bloodiest day of fighting in American history. The need to preserve this hallowed ground for all Americans is obvious.

And where did the restoration funds come from? It all started with a $78,333.33 donation … from the president of the United States.

That’s right. Donald Trump said on the campaign trail that he would donate his presidential salary if he were elected, and the National Park Service (NPS) was the first recipient of funds from the chief executive.

“The president's donation will allow generations of Americans to learn about our history and heritage on this sacred site,” said Interior Department Secretary Ryan Zinke during a recent tour of Antietam.

By law, the president must accept the $400,000 annual salary that comes with the office. But it’s up to him how to spend it, and Trump -- who clearly doesn’t need the money -- decided that he would instead give it away.

That doesn’t mean he’ll be donating every paycheck to the NPS. His second-quarter one, in fact, is going to the Department of Education. According to the White House, the funds -- earmarked for “America’s heroes of tomorrow” -- will be used to host a Science, Technology, Engineering and Math (STEM) camp for students.

Trump’s generosity, moreover, goes beyond donating his salary. Late last month, he pledged $1 million of his own money toward hurricane relief in Texas and Louisiana. Recipients include the American Red Cross, the Salvation Army, Catholic Charities, Habitat for Humanity and Samaritan’s Purse.

You would think that even the most ardent opponent of President Trump would find something positive to say about all this largesse. But no.

Politics apparently must taint every word spoken and action taken by a president. Suspicion abounds, and dark motives are taken for granted.

The Sierra Club, for example, dismissed Trump’s NPS donation as a “publicity stunt,” adding: “America's parks, and the people and economies they support, need real funding, not a giant fake check.”

This despite the fact that Secretary Zinke also announced the American Battlefield Land Acquisition Grants program, which works to preserve battlefield lands, will be getting an additional $7.2 million in grants. On top of that, he noted, the department is “about $229 million behind in deferred maintenance on our battlefields alone.” Trump’s donation is clearly helpful.

No matter. Some people have such an extremely jaundiced view of this president that they try and twist anything he does into a shady act. “I think they were giving money to something that made him look good,” John Howard, a former superintendent of Antietam, said. What a graceless barb.

Others will reach for any objection, no matter how false or ludicrous. For example, right after the election, the Atlantic published an op-ed claiming that Trump’s desire to donate his presidential salary bucked “historical and constitutional precedents.”

Not true. Sure, most presidents have kept their salaries, but not all of them. Herbert Hoover and John F. Kennedy, both very wealthy, donated their salaries as well. Even George Washington initially refused to accept a public salary.

But he finally yielded. As Daily Signal reporter Jarrett Stepman noted in an article last fall, some Founding Fathers “worried that a chief executive without compensation could be tempted by corruption.” Trump, however -- worth an estimated $3.4 billion -- hardly lacks “compensation” outside of his presidential salary.

Instead of huffing that the president is breaking with precedent, how about we pause the partisan rancor for five minutes and thank him for setting a good example?