Obamacare: The Prognosis for Repeal

Ed Feulner
|
Posted: Aug 04, 2017 1:10 PM
Share   Tweet
The opinions expressed by columnists are their own and do not necessarily represent the views of Townhall.com. 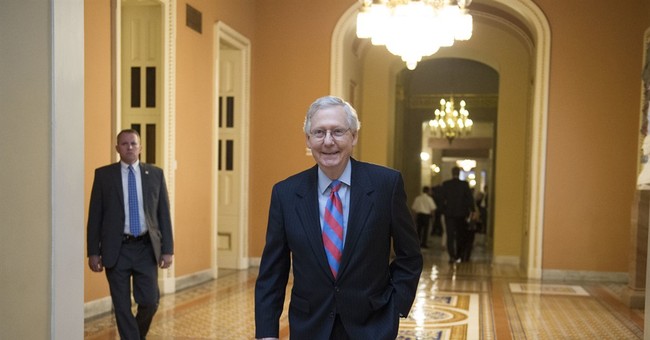 For more than seven years, Republican lawmakers, including President Trump, campaigned on a promise to repeal Obamacare.

They rightly noted that Obamacare severely disrupted the health insurance markets, making health plans prohibitively expensive for many Americans. They reminded everyone of Obama’s hollow promise that those who wanted to keep their health care plan or their doctor could do so if they wished.

The drumbeat was such that in 2015, when President Obama was still in office, Congress managed to pass a partial repeal of Obamacare.

The effort was vetoed, of course. But conservatives didn’t give up.

We kept sounding the alarm about the damage that Congress had unleashed by foisting the ironically named “Affordable Care Act” on the public, while the Obama administration insulated them from the full costs of the program with taxpayer subsidies that were never even appropriated. We ran the numbers. We chronicled the plight of real Americans suffering under the law.

Fast forward to 2017. The party that ran on a repeal platform now holds the White House and a majority in both houses of Congress. Surely the plug would finally be pulled on Obamacare.

But no. In a vote that ignored the clear will of the American people, the Senate recently voted against taking the next step in undoing this damage.

In 2015, it was a cakewalk. Now, when there is an administration and a Congress in place that could get the job done, lawmakers have balked at the hard work of governing and undoing the hardships of this disastrous law.

And make no mistake, undoing is exactly what is required here. No half-measures will do. Repeal is a must.

Obamacare cannot be fixed or bailed out. The law’s mandates, insurance regulations, taxes, and expansion of government simply go too deep. No partial effort to address these problems can truly free Americans from the high insurance costs and limited choice they now face.

“For millions of middle-class Americans, paying their health insurance bills is now equivalent to taking out a second mortgage,” writes health care policy expert Robert Moffit. “Competition among insurers is declining precipitously in the individual markets (Aetna just recently pulled out of the Obamacare exchanges), and more and more Americans are left with fewer choices and narrower networks of doctors and other medical professionals.”

That’s why it’s time for Congress to get back to work. Lawmakers need to revisit Obamacare’s central problems, pronto.

Step one, according to Moffit, is to cut Obamacare’s slew of taxes. Step two is to give the people and their state lawmakers the freedom to decide for themselves (using an amended version of Obamacare’s own Section 1332 waiver process) whether they want to keep Obamacare’s costly insurance regulations and mandates.

Step three: phase down higher Medicaid payments to able-bodied adults without children who can work. This would reorient federal spending toward the poorest and most vulnerable recipients.

Congress also could use a taste of its own medicine, so to speak, which is why President Trump should cancel the illegal taxpayer insurance subsidies for congressional health coverage — monies drawn from the Treasury by the Obama administration without statutory authorization.

“That way, House and Senate members and staff can fully experience Obamacare the way that millions of middle-class Americans do — having to pay inflated premiums without the benefit of special taxpayer subsidies that are available to no other class of American citizens,” Moffit writes. “If members of Congress want Obamacare, they should get it — good and hard.”

In Washington, there are no permanent victories or permanent defeats. We must continue to press to completely roll back the damage caused by Obamacare and replace it with a patient-centered health system that works better for all Americans.