Ed Feulner
|
Posted: Feb 22, 2017 12:01 AM
Share   Tweet
The opinions expressed by columnists are their own and do not necessarily represent the views of Townhall.com. 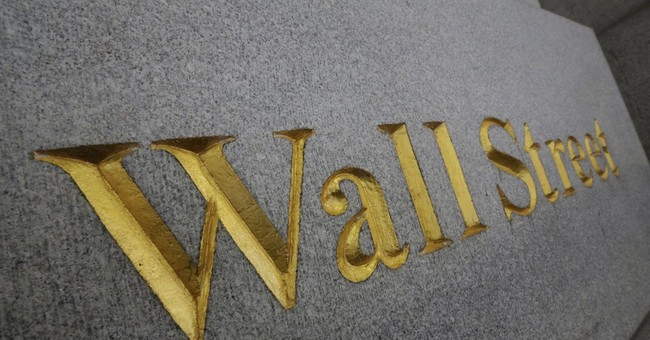 Its official title is “2017 Index of Economic Freedom.” But you could also call it “President Obama’s Report Card.”

At least when it comes to the United States. The Index scores and ranks for almost every country, after all. And the news for the rest of the world, on balance, is good. Economic freedom is up again. Many countries have taken steps to ensure greater liberty for their citizens to make, spend and invest their money as they see fit. But not the United States.

Economic freedom isn’t the same as political freedom (though the two often go hand in hand). I’m not talking about free speech; I’m talking about how free are we to earn without being over-taxed and over-regulated. How hard it is to start a business and keep it running. How much our government spends. How easily we can trade with other countries.

Our economic liberty has a profound effect on our daily lives. It influences how much money we make, what kind of work we do, how high prices and unemployment are -- even what kind of appliances we can buy.

On the list of 180 countries graded in the 2017 Index, that’s not bad. But that’s 10 slots below where we finished in 2008. Indeed, the U.S. was once a regular top 10 finisher when the Index was first published in 1995. Now we’ve been eclipsed by the United Arab Emirates, a newcomer to the global top 10.

We’re not even the freest economy in the Americas. Canada and Chile beat us out this year -- again.

Before looking at why, let’s consider how the Index editors determine the scores. Each country is evaluated in four broad areas:

1) Rule of Law. Are property rights protected through an effective and honest judicial system? How widespread is corruption -- bribery, extortion, graft, etc.?

2) Limited Government. Are taxes high or low? Is government spending kept under control, or is it growing unchecked?

3) Regulatory Efficiency. Are businesses able to operate without burdensome and redundant regulations? Are individuals able to work where and how much they want? Is inflation in check? Are prices stable?

4) Open Markets: Can goods be traded freely? Are there tariffs, quota or other restrictions? Can individuals invest their money where and how they see fit? Is there an open banking environment that encourages competition?

Let’s look at how the U.S. fares on these measures:

Rule of Law: Our judiciary functions independently and predictably, but the protection of property rights has been uneven. The Pew Research Center reported in late 2015 that only 19 percent of the public trusts the government all or most of the time.

Government size: Here’s where we really lag freer economies. Our top individual income tax rate is 39.6 percent. The top corporate tax rate is among the world’s highest: 35 percent. Government spending at all levels amounts to about 38.3 percent of GDP (roughly $30,000 per household). Spending keeps rising, and government keep growing.

Open markets: The average applied tariff rate is 1.4 percent. Over one third of all land is owned by government. The overall financial sector remains competitive, but the banking sector is hampered by such federal interference as the Dodd-Frank legislation.

The U.S. economy is remarkably resilient, but it needs help. Fortunately, the Trump administration has promised a sharp break with the regulatory, tax and trade policies of recent years.

Regaining our place among the top 10 economies won’t be easy, but it can be done. And the sooner, the better. Your move, President Trump.