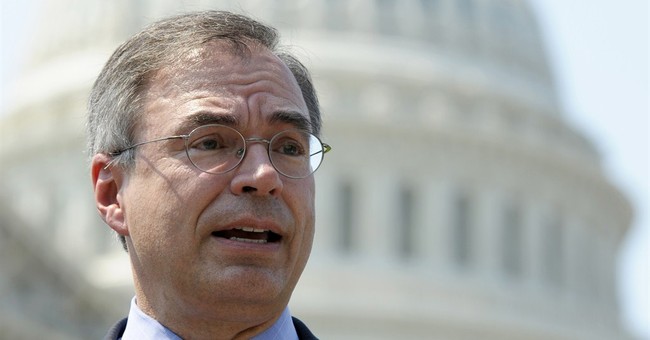 At one time in history, there was a general belief in the Divine Right of Kings. Whatever the king or ruler decided at that moment was the law. Thus, standards were constantly changing.

Because “power tends to corrupt and absolute power corrupts absolutely,” in the immortal words of Lord Acton, laws handed down by kings were often arbitrary, unfair, unjust and cruel.

In America the founders recognized that the first requirement for civil society is order. We enjoy a system of ordered liberty, where the rules are spelled out, written down, and equally applied to everyone.

The principle of equality in the Declaration of Independence and the Constitution refers to equality before the law. This is why it is said that in America, justice is blind. Because the law is objective and written down, all Americans are subject to it equally, regardless of their economic or social background.

Unfortunately, as the size and scope of government have grown, it has become next to impossible for ordinary, law-abiding citizens to carry on their lives and businesses without violating some obscure law and quite possibly going to jail for their “crime.”

Today neither the Justice Department nor the Congressional Research Service can even count the number of crimes in federal law. There is simply no way the average citizen can know what to do to avoid becoming a federal criminal.

It’s a situation reminiscent of “The Trial,” a literary classic written in German by the Czech author Franz Kafka and published in 1925. It tells the story of a man prosecuted by an inaccessible authority for a crime whose nature is never revealed to him.

Today the adjective “Kafkaesque” is often used to describe absurd, nightmarish situations in which an isolated, helpless individual is harassed by remote and inscrutable powers for reasons he can barely fathom.

Kafka’s “The Trial” is a work of fiction, but the Kafkaesque ordeal undergone by honest, law-abiding Abner Schoenwetter, who had the great misfortune of running afoul of the tendency of some politicians to overcriminalize unintentional violations of the law, was all too real.

Schoenwetter spent 69 months in federal prison for doing something that he never suspected was illegal: importing undersized lobsters from Honduras and packaging them in plastic rather than in boxes as required by law.

Federal lawmakers heard first-hand about his ordeal when he testified in 2010 before the House Committee on the Judiciary. He explained how he was found guilty, sentenced to more than eight years in prison, and ordered to pay a $15,000 fine and a $100,000 forfeiture, which he had to re-mortgage his house to be able to pay.

Tragically, Schoenwetter's experience is far from unique. There are:

· The father-and-son arrowhead collectors who are now federal criminals because they unknowingly violated the Archaeological Resources Protection Act 1979.

· The aspiring inventor who spent 15 months in prison for environmental crimes, even though he neither harmed nor intended to harm anyone.

· The Pennsylvania woman who injured her husband’s lover and now faces federal charges related to an international arms-control treaty.

This trend must be reversed. Distinctions must be made between innocent mistakes and deliberate crimes. And ambitious prosecutors must be prevented from using the tens or even hundreds of thousands of criminal offenses contained in federal and state statutes to ruin the lives of ordinary Americans. Otherwise, what happened to Schoenwetter might well happen to any of us someday.

The one-time head of the dreaded Soviet secret police, Lavrentiy Beria, once boasted, “Show me the man, and I'll find you the crime.” We can’t allow such a mindset to transform a once-great criminal-justice system.