The Light Bulb Switchover: In the Dark 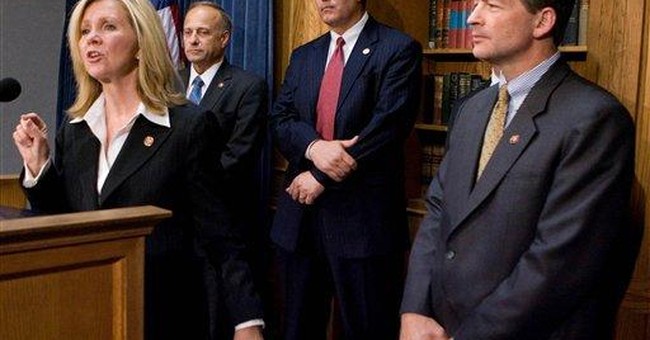 So, are you ready to comply with the federal government’s ban on incandescent light bulbs? Me neither.

Starting in January 2012, a little over a year from now, the phase-out begins. Simple, inexpensive lighting will become a time-capsule item. Compact-fluorescent lights, or CFLs -- the bulbs that look like a twisted ice-cream cone (and won’t fit in many light fixtures where space is tight) -- will become the new norm.

Anyone who has priced CFLs knows they’re not cheap. Supposedly they’re worth the extra money because they’ll last longer. That’s cold comfort, though, given the dull, unnatural glow that these bulbs throw off.

Worse, CFLs are full of mercury. If one breaks -- and who hasn’t dropped a light bulb now and then? -- you have an elaborate clean-up process ahead of you. It’s on the EPA’s website, and it involves evacuating the area of all people and pets, and using duct tape and damp paper towels to get everything up. (Go to www.epa.gov for complete details.) And no vacuuming, or you may disperse the mercury – which, after all, is a toxic substance.

So why are we making the switch? It was mandated by the Energy Independence and Security Act of 2007. The theory, of course, is that we’ll consume less energy. It’s all part of the green agenda. The same agenda that the president insists will produce scads of high-paying, earth-friendly “green jobs.” Tell that to the 200 workers in Winchester, Va., who are losing their jobs as General Electric closes its incandescent-bulb factory there. Or to the Americans who work in other plants that have been shuttered.

Yes, some jobs will be created, thanks to the ban. Unfortunately, those jobs won’t be here in the U.S. -- they’ll be in China, where CFLs can be made cheaper.

Half of all the compact florescent bulbs sold in the U.S. come from just one Chinese manufacturer. “This is not an anomaly,” notes Heritage energy expert David Kreutzer. “Solar panel production is moving to China, as is windmill production.”

Perhaps what President Obama means by “green jobs” is that we’ll be moving lots of American greenbacks overseas to create jobs elsewhere. But at least we’ll be saving energy, right? Not according to a recent study sponsored by Sandia National Laboratories in New Mexico and funded by the U.S. Department of Energy. It found that energy use under newer “efficient” lighting will actually go up rather than down.

This whole affair is a prime example of bad “unintended consequences” resulting from well-intentioned plans -- plans imposed by devotees of big-government solutions for nearly every problem.

Some lawmakers are trying to reverse this part of the 2007 law. Texas Reps. Joe Barton (R) and Michael Burgess (R), along with Rep. Marsha Blackburn (R-Tenn.), have introduced legislation to repeal the ban on incandescent bulbs.

“Washington-mandated layoffs in the middle of a desperate recession is one of many examples of what happens when politicians and activists think they know better than consumers and workers,” Barton said.

The question is: Will their fellow policymakers finally see the light?