An Indefensible Decision on Missile Defense 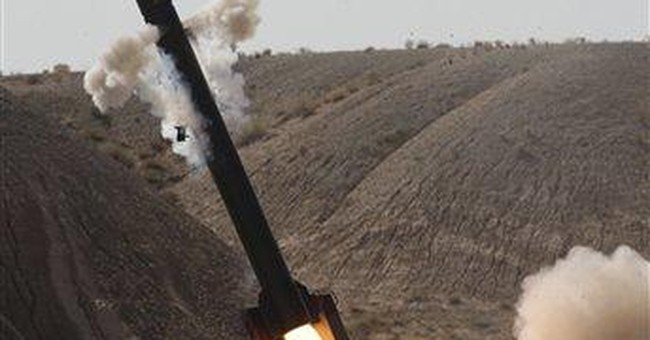 During the Cold War, the United States deliberately stationed troops on the front lines facing the Soviet Union and its satellites. The message was clear: America stands with Europe against its most dangerous enemies.

These days, however, our leaders seem to be sending a far different message.

Both countries have stood with the U.S. during the wars in Afghanistan and Iraq. Poland has troops in both countries, and recently sent more to Afghanistan to help with the election there. Meanwhile, the Czech Republic runs a sizeable Provincial Reconstruction Team and works with the Afghanistan Air Corps.

By agreeing to host our missile-defense technology, both countries understood they’d be angering Russia. But they were willing to take that risk, in the belief the U.S. would stand with them. Yet on Sept. 17, the Obama administration reversed course. The U.S. would not build the missile defenses. It was a slap in the face for both countries, which suffer from a sad history of being abandoned by allies.

The technology the U.S. had planned to deploy would have helped protect our homeland and our European allies against missile threats from the Middle East, primarily Iran. Here’s what one expert had to say in March:

“Let me be clear: Iran’s nuclear and ballistic missile activity poses a real threat, not just to the United States, but to Iran’s neighbors and our allies. The Czech Republic and Poland have been courageous in agreeing to host a defense against these missiles. As long as the threat from Iran persists, we intend to go forward with a missile defense system that is cost-effective and proven.” That was President Obama, speaking in Prague, just six months ago.

According to a White House fact sheet, “The intelligence community now assesses that the threat from Iran’s short- and medium-range ballistic missiles is developing more rapidly than previously projected, while the threat of potential Iranian intercontinental ballistic missile (ICBM) capabilities has been slower to develop than previously estimated.”

But what if the intelligence community is wrong?

Further, even if the intelligence is completely accurate, it’s making a distinction without a difference. If Iran is developing short-range missiles, it’s also developing know-how and technology that would prove useful in a long-range missile program.

Stranger still is the administration’s claim that we don’t need the sites in eastern Europe since “U.S. missile-defense capabilities and technologies have advanced in recent years.” That ought to be an argument to deploy them even more widely, not to scrap one site because the defenses elsewhere (say in Alaska or California) are working.

Besides, this runs counter to recent arguments from the administration that missile defense isn’t working. That’s the reason it gave this year for moving to terminate a number of missile-defense programs and slash $1.6 billion from such programs in fiscal year 2010.

As historian Bernard Lewis has warned, the U.S. can’t afford to tell the world that “America is harmless as an enemy and treacherous as a friend.” Yet we’re doing exactly that by abandoning promises to our allies and failing to share the benefits of our missile defenses. Canceling the planned sites is a self-inflicted wound we cannot afford.