Getting More Out of Foreign Aid 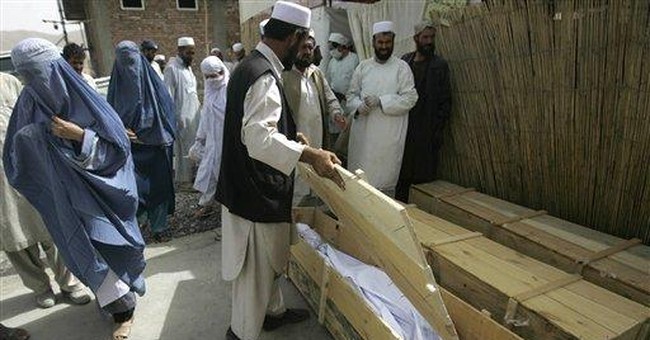 Everything seems so civil and cooperative -- on the surface. Every September President Bush gives a friendly welcoming speech to launch the United Nations General Assembly. Every year he’s greeted by polite applause. And every year, when the real work begins, many general Assembly members will do all they can to undermine American initiatives at the U.N.

It happens every year -- despite the fact that the United States has always been generous toward the U.N.

President Franklin Roosevelt gave the organization its name, his wife Eleanor worked hard to get it off the ground, and the Rockefeller family donated a chunk of prime Manhattan real estate for its headquarters.

America also provides official aid to many U.N. member nations. We handed out more than $300 billion (inflation-adjusted dollars) in assistance be­tween 1980 and 2006. But we’re not exactly awash in gratitude.

Foreign policy experts Brett Schaefer and Anthony Kim studied the last seven General Assembly sessions. They found that our aid supports governments that usually oppose our policies. More than 70 percent of aid recipients voted against the U.S. more often than not on General Assembly votes the State Depart­ment considered “important.”

Perversely, even large recipients of U.S. aid failed to repay U.S. generosity by supporting us at the U.N. Of the 30 largest recipients of U.S. foreign aid that have voted during the past eight sessions, 28 voted against the U.S. most of the time in the General Assembly.

In a way, this isn’t surprising. Our government doesn’t do enough to link its aid to the actions of aid recipients at the U.N. And we don’t demand the critical reforms that would spread our ideals. The U.S. should use foreign aid to promote the spread of freedom and democracy, which are critical to lifting nations out of poverty.

We’ve taken a step down the right road with the creation of Millennium Challenge Accounts. Money provided through this program flows solely to developing countries that prove they’re dedicated to transparent governance, eco­nomic freedom and empowering their people. Washington should expand MCA aid, and use it to replace less effective forms of assistance.

Another way to strengthen the American cause would be to create a U.N. economic freedom caucus -- a bloc of nations essentially dedicated to liberty. Economic freedom means individuals enjoy basic rights: the right to work, to produce, and to save without government telling them what to do.

Countries with greater economic freedom create more opportunities for people to get ahead. They also tend to show greater respect for human rights. Economic freedom helps create a framework that allows people to succeed. Sending foreign aid to countries that have failed to embrace economic reform simply encourages developing nations to travel further down the road to perpetual dependency.

Meanwhile, we should look beyond the United Nations.

The U.S. should organize a Global Economic Free­dom Forum outside the U.N. to bring together nations so they can collaborate more effectively to spread economic liberty.

As a bonus, such nations would be more likely to vote with the U.S. in the General Assembly. Schaefer and Kim found that “free and mostly free countries” voted with the U.S. more than twice as often as countries with repressed economies.

There’s a reason the U.S. has the world’s largest economy: Our ideas of freedom and opportunity work. Our aid, and the United Nations, should advance the spread of those ideas. That way, future generations can enjoy the prosperity Americans take for granted.