The Subtle Racism of Non-Accountability

D.W. Wilber
|
Posted: Sep 28, 2017 12:01 AM
Share   Tweet
The opinions expressed by columnists are their own and do not necessarily represent the views of Townhall.com. 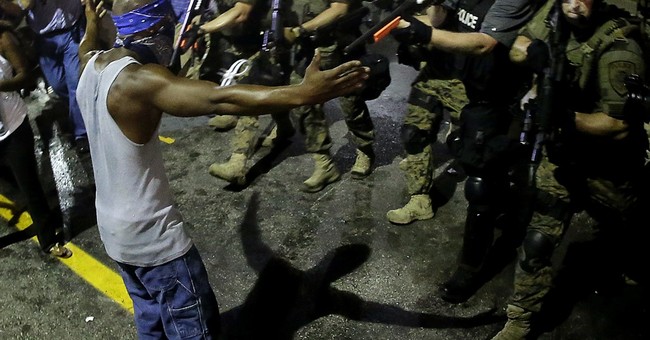 Having an honest and frank discussion about race in America is not only long overdue, but it has proven over and over to also be nearly impossible. Once the conversation focuses on the fact that many of the problems facing the black community are self-inflicted, the name calling and the denial begins. Accusations of racism quickly follow any discussion about what the black community needs to do to repair itself from within.

And Americans certainly can’t expect politicians to lead such a conversation since they are the worst offenders of the subtle racism of non-accountability. Whichever side of the aisle you find them, politicians simply won’t delve into the core issues which contribute to causing much of what ails the black community in America. They are gutless wonders unwilling and incapable of honestly discussing any difficult issues, other than tossing around clichés and platitudes. Taking a firm position on such a contentious issue as race in America is beyond their thought processes.

Once again an example of the subtle racism of non-accountability. “Black people can’t be confronted with their failings, so we must accept responsibility for their problems instead of holding them accountable for fixing their problems from within their own community.”

Foremost among the contributing factors defining the problems facing the black community is the fact that many of them are simply unwilling to accept responsibility for or be held accountable for their own actions which contribute to the problems their community is confronted with. It’s far easier to pass blame off on someone or something else than to take a full accounting of oneself and to admit to personal flaws and failings.

The black visionary Booker T. Washington described it most accurately, “There is a class of colored people who make a business of keeping the troubles, the wrongs, and the hardships of the Negro race before the public." Washington went on to say, “Having learned that they are able to make a living out of their troubles, they have grown into the settled habit of advertising their wrongs – partly because it pays. Some of the people do not want the Negro to lose his grievances, because they do not want to lose their jobs”.

Sound familiar? I can rattle off several names of those who are invested in continuing racial strife in this country because it pays their bills and enriches them at the expense of the poor black citizens who are stuck living in the society created by these race hustlers.

They are the worst of offenders, along with their accomplices in the Democratic Party who need a black constituency and black voters to continue to keep them relevant in American politics. Since they offer no answers to any of the challenges facing our country, without an aggrieved class the Democrats would become nothing more than a blip on the political radar screen. Inconsequential and of little importance.

Certainly, blacks in America experienced hardships and prejudice over the history of our nation. Slavery, while certainly not a uniquely American institution does still remain a stain on American history. But institutional racism was fading into the past until Barack Obama became president and revived it. While there still are individual racists and likely always will be – in America as well as most other countries of the world - most white Americans long ago discarded the racism of the past.

The overwhelming majority of Americans nowadays judge people based on their actions. Who they are as a person and the things that they do. Skin color simply doesn’t come into play anymore. Americans have become far more tolerant in their beliefs and opinions.

Yet sadly the professional race hustlers and the Democratic Party continue to try to portray America as a racist country. Stirring up emotions and creating division where it had disappeared until it was created once again by the lies of Ferguson, Baltimore, and the other cities in America where an individual’s actions were what determined what happened to him. Not his skin color.

If America is truly to become a color-blind society fought for by Dr. Martin Luther King then people must be held accountable for their life choices, including the poor decisions they make. To do otherwise is to commit the egregious offense of racism in the form of the subtle racism of non-accountability. And the answers to the difficult problems facing the black community and this nation will continue to elude us.