Cry Me a River

D.W. Wilber
|
Posted: Apr 06, 2016 12:01 AM
Share   Tweet
The opinions expressed by columnists are their own and do not necessarily represent the views of Townhall.com. 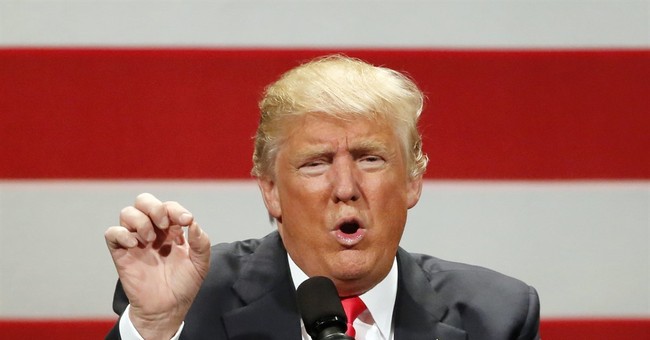 Another day goes by and another Donald Trump melodrama takes place. And while the news media is going into hysterics over some of the more recent comments from the current Republican front-runner – a front-runner with only 30 to 40 percent party support mind you – all one can really do is sit back and laugh.

The news media has created this monster, and they have no one to blame but themselves. And to his credit Donald Trump has played the news media like a cheap bass fiddle. Watching smugly as they dance to his tune over and over again. The candidate with the bad hair has turned this political season on its end.

But the Republican leadership also shares the blame for this creation by even allowing Donald Trump to run as a Republican in the first place. Had they told him way back when, that he was welcome to run for president - in the Democrat primaries - this current nightmare for the party would never be taking place.

After all, Donald Trump has been golf buddies and ideologically aligned much more with the Democrats than he has ever been with Republicans for most of his career. It would seem a legitimate argument for the Republicans to make. Run as a Democrat, that’s where you belong, they could have told him.

One would think that this discussion might have come up during Trump’s acknowledged telephone conversation “about politics” that he had with former President Bill Clinton just a month before Trump announced his own candidacy for president, as a Republican. Boy I’d love to have been listening in on a ‘party line’ when Bill and Don chatted “politics.”

Since even Bill Clinton privately has to admit that Hillary is not the best candidate that the Democratic Party has put forth in many, many decades, it’s likely her unpopularity among voters came up during his chat with Trump. She’s so disliked and mistrusted by a large percentage of American voters from ALL political persuasions, that something drastic likely had to be done to help her achieve her ambitions.

I’m sure it was discussed how Hillary would have had difficulty in defeating any of the original 16 Republicans – the ones minus Trump - running for the nomination at the beginning of this contest. She simply is a poor campaigner with a ton of negative baggage. From barking like a dog for everyone to ridicule, right up to losing her cool and yapping at people during campaign appearances, Hillary is simply one gaffe after another.

But it’s always been curious to me how Donald Trump found his ideological home in the Republican Party in the first place. To use a quote from liberal Barack Obama, who Trump seems much more philosophically in tune with than conservative Republicans, Trump must have seriously “evolved” in his opinions on most of the issues facing the country.

As it stands now Donald continues to threaten to take his 30 to 40 percent of supporters and leave the Republican Party, likely running as a third party candidate, if he’s “not treated fairly” by the Republican leadership. And he has renounced his pledge to support the party’s eventual nominee, if it isn’t him.

The last time I heard a threat like that was about 50 years ago on the playground when the rich kid, a spoiled little brat cried “no fair, no fair!” and then took his ball and went home and cried to daddy that the other kids were mean to him. Not the most ‘presidential’ image.

It seems rather curious to me how someone who claims to be a world class negotiator and complains repeatedly about not being “treated fairly” is going to be able to negotiate with other countries whose entire negotiating strategies will be to try not to treat us fairly.

Is he going to stamp his feet and leave the negotiating room in a huff every time his massive ego gets trampled on? Not sure there’s going to be much negotiating going on if that’s going to be the response every time. Will much either domestically or on the international scene be accomplished if all our world class negotiator can do is whine about fairness all the time?

The lesson most of us learned long ago, Donald, is that life isn’t always fair. Ask any of us out here who didn’t inherit a ton of money to start our career off with. But most of us were taught that whining about life being unfair wasn’t going to get you anywhere. You just buckled down and pulled yourself up by the bootstraps and accomplished your goals, making your own way in life based on your hard work and merits.

I think for a lot of people, even for some of those who were sold on Trump early on, the theatrics are getting old, and our patience is wearing thin.