“The Times They are a Changin”

D.W. Wilber
|
Posted: Mar 22, 2016 12:01 AM
Share   Tweet
The opinions expressed by columnists are their own and do not necessarily represent the views of Townhall.com. 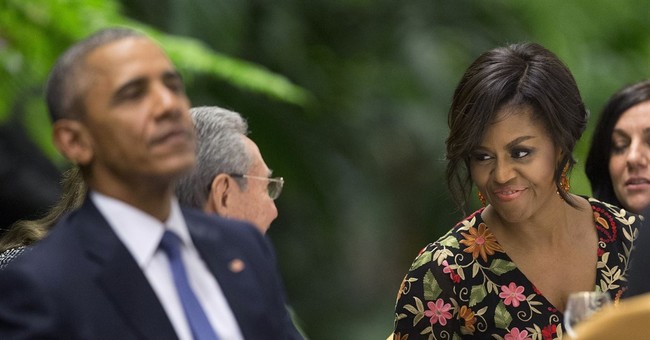 Yes, “the times they’ve been a changing” for a while now.

For all of her faults and through the mistakes and shortcomings that have been spread across her two hundred plus years, along with all the starts and stops she’s made towards achieving liberty and justice for all, the United States of America has always stood for certain core ideals.

Admittedly at times she has failed to live up to the ideals she’s striven for, but those ideals have always formed the heart of American’s beliefs and value system.  And they have guided us as a nation throughout our two centuries of history.

Freedom of expression, equal justice under the law, and the right to keep and bear arms to protect ourselves from government oppression are just three of the guarantees that our United States Constitution provides us as Americans.  And they also are the three rights that seem to have come under the most attack over the last seven plus years.

Under this administration we have been told that “climate change deniers” might just be prosecuted by the federal government.  And political correctness has gotten so out of control that we risk becoming a nation of mutes out of concern that anything we say is going to offend someone.  George Orwell’s ‘1984 Thought Police’ running amok across America.

Our own American Justice Department has become almost a political arm of organizations like the New Black Panther Party, and most recently the group spawned from the hell of Ferguson, Black Lives Matter.  With rioting and arson considered legitimate forms of political expression, while police officers are vilified for doing nothing more than enforcing the law and protecting their own lives.  Yet Hillary Clinton still walks the streets, free to run for president of this nation when any other American citizen who had done what she has would already be behind bars.

And the Second Amendment will certainly be a thing of the past if Hillary Clinton, one of the two candidates for President from the ‘Progressive Democrat-Socialist Party’ has her way.  She has already declared verbal war on the National Rifle Association of America, and has voiced her intentions to continue attacking the group and the Constitutional right that Americans have to keep and bear arms.

Curiously if Mrs. Clinton actually took the time to investigate she would find out that the NRA wants the same thing that she does.  No more innocent Americans killed by gun violence.  The NRA just chooses to do it by enforcing the existing gun laws and protecting the Constitutional rights of Americans, while Hillary and her party prefer to violate the Constitution and take away American’s rights.

With the entry of billionaire businessman Donald Trump into the presidential fray the ‘old guard’ politicians in the Republican Party are scared witless.  They fear losing the grip they’ve had over the party and over conservative freedom-loving Americans for decades now.

The Republican elite and career politicians will lie right to our faces while they pick our pockets and pat us on the head, telling us how much they’re doing for us as they retreat into their smoke-filled rooms and conjure up more deals that are full of razzmatazz and flash, but little of substance.

Then they’ll come back out and proudly proclaim how they all came together to pass another “highway bill”.  Curious though why our Interstate Highways are always in such bad shape and always under construction and repair.  The old saying “you can’t get there from here” is often times far too accurate when it comes to the state of repair of America’s roads and highways.

Maybe that’s because everything that they do in Washington is really an illusion more slick that Harry Houdini’s best sleight of hand.  While the career politicians get you looking at this shiny object over here, they quickly slip something else in right under our noses.

Which is also why they make legislation thousands of pages long so that the layman hasn’t the time to actually read it, nor would they understand all the legalese and Washington, D.C. B.S. contained inside anyway.

And they wonder why so many Americans are so damned angry that they would flock to someone like Donald Trump, disregarding his obvious contradictions, difficulties with the truth at times, and a questionable political history.

In this era of turmoil within the Republican Party perhaps it’s time that the career politicians reevaluate themselves and what they stand for.  If they stand for the status quo then they’re liable to find themselves peddling their supposed ‘influence’ to some special interest group, while a new breed of Republican lawmaker occupies the chair they once sat in.

One can only hope that the times keep on a changing.