Is It Racism, or Just Personal Failure? 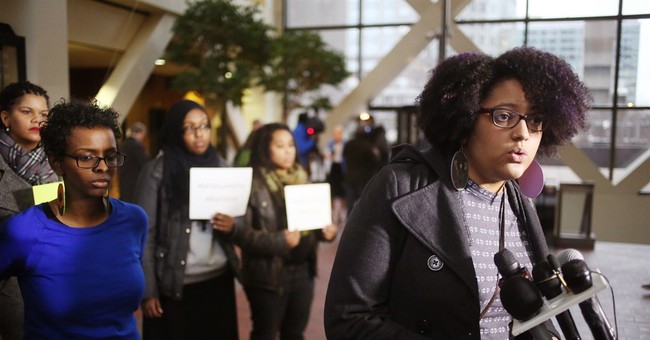 Recently while watching a discussion on a news program about the group Black Lives Matter planning to demonstrate at the Mall of America on Christmas Eve, their attempt to garner more attention to their cause by disrupting shopping on one of the busiest shopping days of the holiday season, the discussing centered around whether or not the Mall of America as a private property had the right to prevent these protests.

One of the talking heads, an obviously liberal criminal defense attorney kept trying to guide the discussion away from the subject of private property rights, and repeatedly tried to quote statistics about how many black men are currently in prison. Apparently the attorney was trying to make some kind of point, though it eluded me what private property rights had to do with the black prison population in America.

After more than a year now of ‘the Ferguson effect’, the civil disobedience springing out of the ‘hands up don’t shoot lie’ created after the shooting of the black thug Michael Brown, maybe it’s time for America to have a serious discussion about race and crime in this country, and who is really responsible for the large black prison population.

But the discussion needs to be based on the facts and the truth, not on the politically correct talking points and manipulation of the truth that is put forth by black apologists, the Obama Administration, and the Democrat Party.

Firstly, is there racism in America ? Absolutely, there indeed are individual racists in America who continue to hold onto their tired old racist beliefs. Likely there always will be a small number of individuals who refuse to look beyond the color of one’s skin in making a value judgment of a person’s character or worth. And that includes racists of all skin color and ethnicities.

A small number of instances of racism continue to this day in the workplace and the rest of society, again based on a very small number of racist business owners and employers who have businesses or occupy positions that allows them to hold people back based on skin color.

America’s racial history definitely isn’t free of racism and injustices committed against black people. It’s a sad and shameful history that Americans have strove to overcome, and which we have for the most part as a nation been able to relegate to our distant past.

But America’s racist past has nothing to do with the incarceration rates of the young black men of today. A failure to abide by the law is what has sent so many black men to prisons across this country. The answer is as simple as that.

Have there been mistakes made in good faith, where a black man was wrongly convicted ? Indeed our system of criminal justice is not infallible. Mistaken identity has indeed sent innocent men to prison, though the instances of this happening are rare.

One can argue that without education and opportunities for decent jobs often times black men will resort to crime out of desperation and a sense of hopelessness. Were it not for the fact that hundreds of billions of dollars has been spent over the last several decades to offer opportunities for black people to achieve the American dream.

Tons of money have been thrown into inner city schools yet they continue to fail to achieve results comparable to rural or suburban schools. And instead of accepting that the blame lies with the students, apologists try to blame it on unfair testing, poor educators, or inadequate facilities. Making excuses is easier for liberals to swallow than accepting that their ideas and efforts have contributed to the problem instead of the solution.

Barack Obama has also on occasion tried to imply that those who disagree with his policies or his presidency is based on his race, while the reality is that only a very small number of people are concerned about his race. Most are far more concerned about his “fundamental transformation” of this country.

Any discussion of race and crime needs to include who really are the victims of violent crime in America, including so-called hate crimes. It’s not poor, innocent young black men being gunned down on the streets of America by racist cops, its innocent white people who make up the vast majority of victims being robbed, beaten, raped, and murdered by blacks.

Particularly heinous and brutal crimes have occurred where there were obviously racial undertones, clearly “hate crimes” committed against white victims by any standard or measure. The types of sensational crimes that should be the lead story on every national news station, yet usually are never heard of outside the locale where the crime occurred. Were the racial roles reversed the news story would receive wide reporting.

The truth of the matter is that for the most part the problems that beset the black community are self-inflicted, including the black prison population. Institutional racism that has long ago been discarded plays little part in the failure to achieve the same level of success for black people that has been achieved by other ethnic minorities in America.

As long as the black community continues to elect politicians who line their own pockets and serve them poorly, and allow charlatans like Al Sharpton and Jesse Jackson to serve as self-appointed spokespersons for their community, they will continue to struggle to achieve the American Dream.

And racism will have nothing to do with it. It will simply be about nothing more than their own poor choices and personal failures.
Ohio Files Lawsuit Against Biden Administration for Reversing Trump-Era Abortion Policies
Madeline Leesman