Just What Did Obama Mean by it? 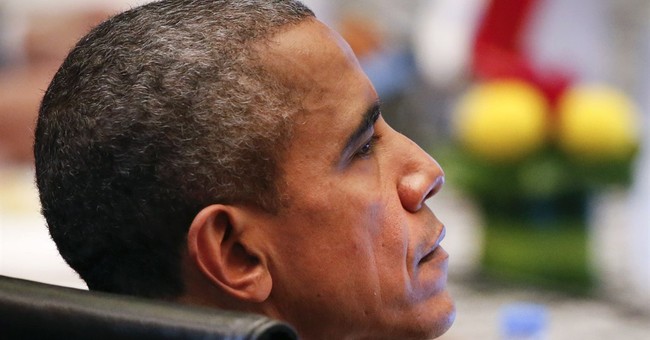 Way back in 2008 while candidate Barack Obama was beginning his quest for the White House I recall hearing him during a campaign speech make a statement to the effect that, “we live in the greatest country in the world, join me as we fundamentally transform the United States of America”.

A candidate calling for a massive overhaul should have resulted in at least the news media asking for a few more specifics. Unfortunately by that time the media had leaped headlong into supporting the Obama campaign and wasn’t particularly interested in questioning anything about their favored candidate. As was revealed by them ignoring all the questionable relationships and details from his past.

But what specifically was Barack Obama talking about transforming the United States into? Looking back on it now it still seems to me to be to be a rather curious comment for an aspiring president to make about the country he hopes to lead. “Our country is the greatest, but I’m going to change it”. Thought provoking, or at least it should have been.

Let’s ponder this for just a moment. If Barack Obama was saying that the United States is “the greatest country on the face of the earth”, then that would mean only two things. As the greatest nation one would logically believe that “fundamentally transforming” the United States wasn’t necessary at all. As the old saying goes, “if it ain’t broke, don’t fix it”. Of course that’s never stopped Democrats from trying in the past to fix things that weren’t broken, that’s for certain.

The other possibility is that Barack Obama wasn’t being quite truthful to all of us about how he felt about the United States. Barack Obama not truthful? To quote the young little baseball fan from the Chicago Black Sox scandal during the 1919 baseball World Series imploring Shoeless Joe Jackson to, “Say it ain’t so Joe !”

Those of us who have been paying attention for the last seven years have certainly come to learn that what Barack Obama says isn’t always necessarily the truth. In fact, for the most part if his lips are moving, he’s lying. A trait one can also attach to Hillary Clinton as well.

Barack Obama has devoted his entire presidency towards some far off vision of ‘social justice’ that he believes doesn’t exist in the United States. On many occasions while campaigning he has claimed to want to ensure that “everyone gets a fair shake”. Apparently believing the notion that just dedicating oneself to hard work and initiative in America alone simply won’t bring one success. A contradiction considering the many Americans throughout this country’s history who have rolled up their sleeves and worked hard and in fact did achieve success. Including countless people of color.

And that contradiction is exactly where the real ‘injustice’ lies. Were Barack Obama to promote hard work, obtaining an education, and personal initiative as the ticket to success instead of handing out ObamaPhones and offering the same liberal garbage that has held back far too many people of color for decades now, everyone would indeed have a “fair shake”. It is the liberal policies and shackles placed on the poor by the Democratic Party that has kept them from achieving the American dream.

During his recent press conference following the Paris terrorist attacks Barack Obama once again – not his first time - exhibited petulance and annoyance at reporters questioning whether or not his administration had misjudged the threat posed by ISIS, having previously referred to them as the “JV team”. Obama went on to challenge anyone who had a better policy to present it, but that “he was too busy” to engage in such a dialogue.

Yet while Europe is on its highest alert level since World War II and is searching for additional ISIS terrorists thought to be planning more attacks, and with the threat of terrorism from ISIS even reaching America’s shores over concerns about Syrian refugees the Obama Administration wants to bring to the U.S., the Obama Administration has the time to present a list of “guidelines” to college administrators to help them deal with allegations of racial mistreatment and “white privilege”. There’s an argument to be made that “while Rome burned Nero fiddled” applies to the Obama presidency.

And Barack Obama has once again revealed where his true passions lie and what he is most concerned about. Not in protecting and defending the United States of America that he views as a racist and unjust nation, but in continuing his pursuit of the so-called social justice agenda that has defined his administration from the very beginning. And his pursuit of a “fundamental transformation” of this country into something that very few Americans want.