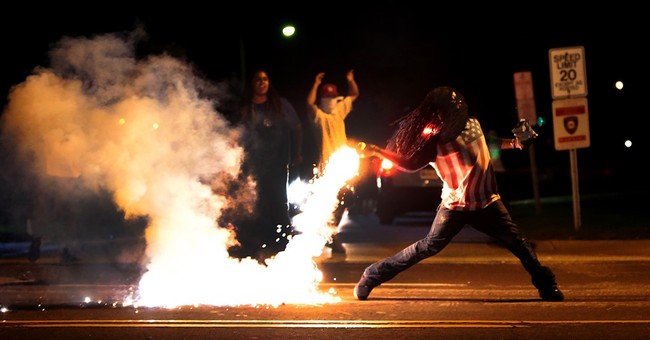 As a young white couple is walking arm in arm down a city street they notice approaching them from the opposite direction a group of several young black males. As they pass by the group one of the black males turns around and lands a crushing blow against the side of the face of the man holding his lady’s arm, sending both of them tumbling to the ground. The black youths go scurrying away laughing and high-fiving each other as they disappear down the street, chalking up some more ‘points’ in the ‘knockout game’ invented by young black Americans who prey on unsuspecting white victims. After all, their lives simply don’t matter. You can bet though that those black lives mattered to the couple they attacked.

Channon Gail Christian, a beautiful twenty-one year old girl, and her friend Hugh Christopher Newsom, Jr., a twenty-three year old young man, both from Knoxville, Tennessee were kidnapped the evening of January 6, 2007 when Christian's vehicle was carjacked. They were taken by their abductors to a rental house where they both were raped, tortured, and murdered.

Newsom's body was discovered near some railroad tracks not far from the house he had been taken to with Channon Christian. He had been bound, blindfolded, gagged, and stripped naked from the waist down. He had been shot multiple times; in the back of the head, neck, and back, and his body had been set on fire and burned. According to the Knox County medical examiner Newsom was sodomized with an object and also raped by an individual. The police investigation revealed that this had probably taken place at the rental house, and his body was then later wrapped up and taken to where it was dumped and subsequently discovered.

The medical examiner also testified during the trial that Channon died after hours of torture. She suffered injuries to her vagina, anus, and mouth apparently the result of repeated sexual assaults. Bleach was also poured down her throat and used to scrub her body while she was still alive in an apparent attempt by her attackers to remove any possible DNA evidence. She was bound, her face covered with a trash bag, and her body stashed inside five other trash bags. She was then tossed into a dumpster. The medical examiner said that slow suffocation was most likely the official cause of her death. Both Christian and Newsom’s lives just simply didn’t matter to their murderers.

Five young black people were arrested and charged in the case. The grand jury indicted four of the suspects on counts of capital murder, robbery, kidnapping, rape, and theft, while a fifth was indicted on federal charges of carjacking. After lengthy trials and legal maneuvering all were subsequently convicted. To Channon and Hugh and their loved ones you can bet those black lives mattered.

Donna and Gary Decker, a white couple who were doing Christmas shopping at a north St. Louis County, Missouri discount store were abducted from the store’s parking lot on December 14, 1982 by two black males. Gary Decker was almost immediately killed when he tried to defend his wife from some sexual advances one of their abductors was forcing on her. While Gary lay dying in the car the abductors drove Mary Decker across the Mississippi River into Illinois where she was raped and then also murdered. According to testimony during the trial, Mary Decker was taunted by her abductors about what they intended to do to her sexually during the drive into Illinois. After beating and raping her, and while Mary Decker pleaded with them for her life she was unceremoniously murdered by her abductors. Her life simply didn’t matter to them. Yes, but those two black lives certainly mattered to both the Deckers.

While protesters in Ferguson are again creating havoc in that small North St. Louis County community, protesting a supposed crime against Michael Brown that never happened, and chanting the “black lives matter” slogan, the news media is curiously silent about the crimes daily all across America being perpetrated against white victims by black criminals.

I guess it seems to the media that just another case of a white victim of a black criminal isn’t really newsworthy outside of the local area where the crime occurred. What’s that say, that racial crimes are so often committed against white people by black criminals that it just is expected and no longer merits the national news media reporting on ?

Above are just a few examples of the literally countless brutal and horrific crimes committed by black people against white victims occurring every single year in this country. The largest percentage of them with obvious racial undertones, and most assuredly ‘hate’ crimes.

Based on the annual crime statistics released by the FBI which show a hugely disproportionate rate in crimes committed by blacks against whites, it would seem that white lives certainly don’t matter at all to some people. Not to the black criminals victimizing them, nor it seems to the news media which fails to report these statistics. Nor to the politicians who ignore it and focus solely it seems on the grievances of a black constituency.

Until many in the black community start to accept responsibility for their own problems, nothing will change except the body count of all the white victims of black criminals. Victims whose lives just simply didn’t matter.