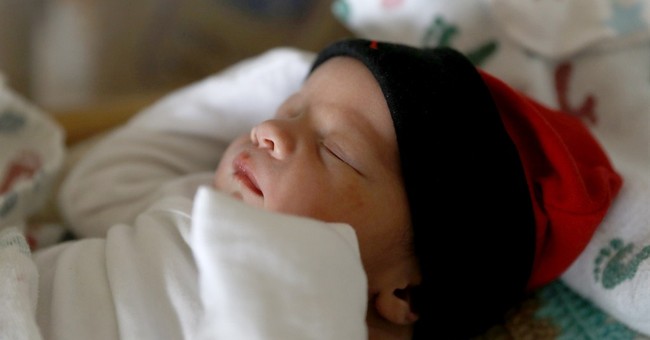 But modern social justice did not start when Michael Brown died. America's most important civil rights movement is 42 years old and getting larger. It protects minorities, women, the poor, and children, and brings the nation's largest march to Washington each year.

The cause: protecting helpless people from premature death in abortion facilities, and the mothers of these victims from psychological, physical, and spiritual devastation by abortionists.

Many Americans don't consider abortion a social justice issue, despite its relationship with race, sexual, and income inequalities, as well as abuse and manipulation of minors and victims of sex crimes. Most importantly, only abortion kills nearly 100 percent of its victims.

Minorities, especially black Americans, are a primary target of the abortion industry. For example, about one-third of abortions are done to black babies and their mothers. Likewise, Hispanic and black women abort their children at much higher rates than their white counterparts, in part because abortion facilities target the these communities.

Abortion is also an injustice that focuses heavily on poor women, according to the pro-abortion research institution Guttmacher. Rather than support these women, who are often single in their time of difficulty, abortion facilities kill their children -- regardless of the damage to the women targeted -- in order to make a buck.

Likewise, the abuse of women is also rampant in abortion facilities. In 2014, approximately six percent of the girls who would have been born in 2014 were killed by Planned Parenthood, the nation's largest abortion provider. And despite the risks to women who use birth control and abortifacients, Planned Parenthood provided millions of such products and pills last year. And as Live Action has shown, Planned Parenthood's employees are very willing to illegally abort the babies of sex abuse victims.

As with any successful civil rights effort, pro-life advocates -- who are the nation's true pro-choice advocates -- have made change at the local, state, national, and international levels. As the 115th Congress begins in earnest this week, these social justice warriors will greatly influence the agenda of our national legislative body.

Among other changes, they will attempt to defund America's largest abortion provider, Planned Parenthood, which last week announced that it used $528.4 million in taxpayer resources to continue its war on women. And they will fight to protect the conscience rights of America's medical, insurance, and other professionals from a government too willing to violate those rights.

At the state level, pro-life leaders will continue to press for exacting hospital-level standards at abortion facilities, as well as bans on procedures that imperil both child and mother. And locally, sidewalk counselors, maternity homes, and pregnancy care clinics will continue the life-saving work of helping mothers bring their children into the world.

According to Demby, social justice and civil rights reached a new high in 2014. That position is accurate only if one ignores more than 40 years of effort by pro-life Americans to eliminate rampant, government-funded abuse of women, blacks, and our nation's most vulnerable minority.