The Insidious Effect of Political Correctness 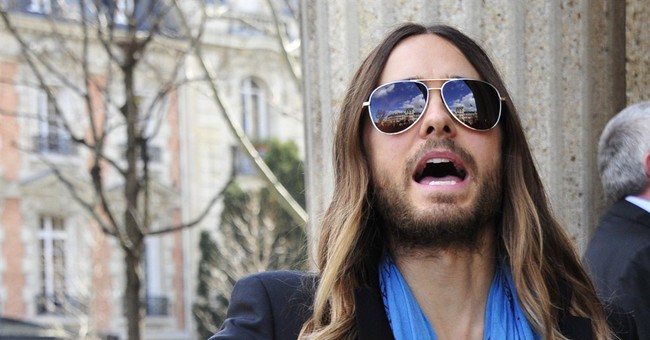 When I was in high school in Detroit, there was a great deal of emphasis on clothing. As I became increasingly interested in fitting in with the "in crowd," fashion supplanted academic achievement in my hierarchy of importance. My grades plummeted, and I became a person who was less pleasant and more self-absorbed.

My mother was disappointed because she thought I had enough insight and intelligence to avoid the flypaper trap of acting like everyone else.

Fortunately, after wasting a year pursuing acceptance, I realized that my dreams went far beyond silk shirts and sharkskin pants. I decided to forsake the "in crowd" and redoubled my academic efforts in time to rescue my sinking grade-point average and gain admission to an Ivy League university.

To say that the "in crowd" was disgruntled when I abandoned their association would be a gross understatement. It eventually became clear to them that I would not rejoin their ranks under any circumstances, and they left me alone.

Despite the insults hurled at me, at the time of graduation, my classmates voted me "most likely to succeed." This indicated that they knew the prerequisites for success but were unwilling to fulfill them, and they wanted others to remain shackled to their underachieving lifestyle.

Political correctness (PC) operates in much the same fashion. It is in place to ensure conformity to the prescribed expressions and lifestyles dictated by the elites.

There are rewards of acceptance and praise for members of the "in crowd" as they attempt to silence or destroy any who dare think for themselves or express opposing views. Similarly, the purveyors of PC seize upon a word or phrase, which they emphasize in an attempt to divert attention away from the actual issue that doesn't fit their narrative.

I have stated in the past that Obamacare is the worst thing to occur in our country since slavery. Why did I make such a strong statement? Obviously, I recognize the horrors of slavery. My roots have been traced back to Africa, and I am aware of some horrendous deeds inflicted on my ancestors in this country.

The purpose of the statement was not to minimize the most evil institution in American history, but rather to draw attention to a profound shift of power from the people to the government.

I think this shift is beginning to wrench the nation from one centered on the rights of individual citizens to one that accepts the right of the government to control even the most essential parts of our lives. This strikes a serious blow to the concept of freedom that gave birth to this nation.

Some well-known radicals have publicly written and stated that in order for their idea of a utopian, egalitarian society to emerge in the United States, the government must control health care, which ensures the dependency of the populace on government. Historical analysis of many countries that have gone this route demonstrates the obliteration of the middle class and a massive expansion of the poor, dependent class with a relatively small number of elites in control.

This is sobering information, and those who want to fundamentally change America would much rather demonize someone who is exposing this agenda than engage in a conversation that they cannot win. Others join in the fray, happily marching in lockstep with those who are attempting to convert our nation to something we won't recognize, having no idea that they are being used.

Vladimir Lenin is sometimes credited with coining the phrase "useful idiots" to describe such individuals.

It is time in America for the people to open their eyes to what is happening all around them as our nation undergoes radical changes without so much as a conversation out of fear of being called a name, of facing economically adverse actions or of enduring government harassment, characterized by the perpetrators as "phony scandals."

Political correctness is antithetical to our founding principles of freedom of speech and freedom of expression. Its most powerful tool is intimidation.

If it is not vigorously opposed, its proponents win by default, because the victims adopt a "go along to get along" attitude. Major allies in the imposition of PC are members of the media, some of whom thrive on controversy while others are true ideologues.

The true believers would be amusing if it were not so sad to behold them dissecting, distorting and repeating words in an attempt to divert attention from the rise of government control.

The American people must learn to identify and ignore political correctness if we are to escape the bitter ideological grenades that are destroying our unity and strength. Political correctness is impotent if we the people are fearless. Let us emphasize intelligent discussion of issues and leave the smear campaigns to those with no constructive ideas.