David Brooks is Impressed With Himself and... Obama 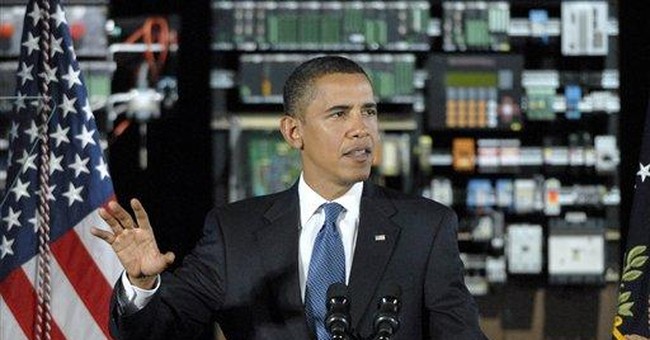 After just reading a New Republic article about New York Times columnist David Brooks, I now understand that Brooks is better than us. Much better than us.

The article in the New Republic is titled "The story behind the Obama-Brooks bromance," and leads with this interestingly arrogant quote from Brooks: "I don't want to sound like I'm bragging, but usually when I talk to senators, while they may know a policy area better than me, they generally don't know political philosophy better than me. I got the sense he [Obama] knew both better than me."

Early in his career, Brooks was an avowed liberal and seems - with no conservative in the Oval Office or functional conservative power base in Congress - to have morphed back to his progressive roots.

Nothing wrong with that. Were that not the case, he would not be writing for the New York Times today. In fact, later in the New Republic article Brooks himself says, "I used to think conservatives were right about the big things ... now, on a lot of issues, I think liberals have been right about some big things."

While Brooks - and I'm not into psycho-babble and don't know which insecurities are at play here - clearly wants us to believe he's the smartest person in the room, he also wants us to know that his incomparable intellect has met its match in Barack Obama.

He places the cerebral crown atop Obama's head by saying, "He sees his view of the world as a view that understands complexity and the organic nature of change ... I divide people into people who talk like us and who don't talk like us ... Obama is definitely - you could see him as a New Republic writer ... I think he's more talented than anyone in my lifetime. ..."

"People who talk like us and who don't talk like us." OK. While I'm nowhere near as bright as Brooks, my pedestrian reasoning leads me to believe that people who speak in that fashion are elitists who suffer from a superiority complex.

As the vast majority of the nation does not "talk" like Brooks and Obama, I'm proud to be on the other side of the Brooks/Obama pretension divide populated by tens of millions of Americans who achieved whatever success they have in life based solely on hard work and experience as opposed to gaining favor or prominence derived from political correctness, political beliefs, Ivy League connections, or other like-minded pursuits.

One of the stated reasons for Brooks' infatuation with Obama is their shared admiration of the words of Edmund Burke. Ironically, Burke once said, "When bad men combine, the good must associate; else they will fall one by one, an un-pitied sacrifice in a contemptible struggle."

Brooks has unabashedly become a cheerleader for Obama. Again, that is his right. What is not his right is to color the facts, nor to arbitrarily assign intelligence and station in life to others. With regard to the Obama White House, Brooks says, "I feel like I can call anybody. With Bush, there were months when I was in favor, and months when I was out of favor. Here, you can write whatever you want; you don't notice any diminution. If I call Rahm or Orszag or Axelrod, they're happy to talk."

Does Brooks really think Obama, Rahm, and Axelrod are "happy to talk" to him because in him, they've found an intellectual soul mate, or because, like Vladimir Lenin had done with others decades before, in Brooks, the White House has found a "useful idiot?"