Read The Book Before Labeling Me Anti-Evangelical 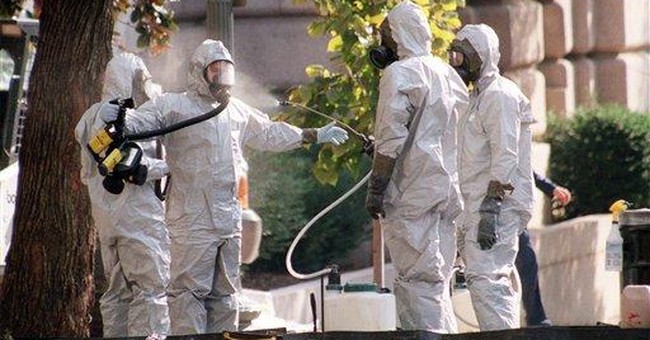 Even before my new novel entitled “The Apocalypse Directive” came out last week, I was getting angry emails from some self-proclaimed Evangelicals. After the Capitol Hill newspaper Roll Call did a two-page story on the book, the emails intensified in number and anger. The reason had nothing to do with the story and everything to do with the, “A Christian Jihad,” headline the paper chose to lead the story.

The story and the review in the paper were overall very positive. But why read the story -- or the book -- when you can just assume the worst from a headline or a book title?

As a conservative and a Christian, I’d prefer that people did not think the worst of the book before even reading a chapter. For those inclined to do so, I would only stress that this novel is a strong defense of traditional values. It is a strong defense of Christianity and religion and an attack on -- and warning about -- Jihadists and extremism in general.

Central to that warning, is a question: What if “one of our own” twisted his religion in the worst way imaginable? What if this person believed that the Lord was talking directly to him? That He was sending him signals. And what if this person was the most powerful individual on earth? And what if this person -- in conjunction with like-minded people in our military and government agencies -- had access to weapons that could wipe clean the face of the planet?

Impossible? “Christians” or “Evangelicals” would never act like that? Forgetting that my book is a novel and primarily entertainment, some who emailed me basically condemned me to eternal flames simply because I fictionally surmised that an exceedingly powerful “Christian” was capable of doing something beyond evil.

As I was writing the novel, aside from talking with friends in the Pentagon and our intelligence services, I sat down with an Evangelical Minister and discussed the premise of the book. Based on that background, he thought the message was sound. “Oh, yes,” he said. “We are all human. We are all sinners. We can all be tempted. We can all twist that which is Holy.”

As we continued to talk about the plot and a President who believes that he has a direct conduit to God, the Minister commented, “He could be a false prophet. He could be the Anti-Christ. Or, he could just be insane. No matter. If you are human and your faith is weak, you can come under Satan’s spell. Any one in any religion.”

As people with concerns get a chance to read the novel, it is my hope that most of the name-calling will subside. For those who insist on criticizing the book without reading it, then ironically, they may be condemning their very own values.

At the end of the day, I just tried to write a believable novel that reflected our times. It was never my intention to offend.