Christmas 2014: All I Want Is Peace On Earth, Goodwill Towards Man And A Machine Gun 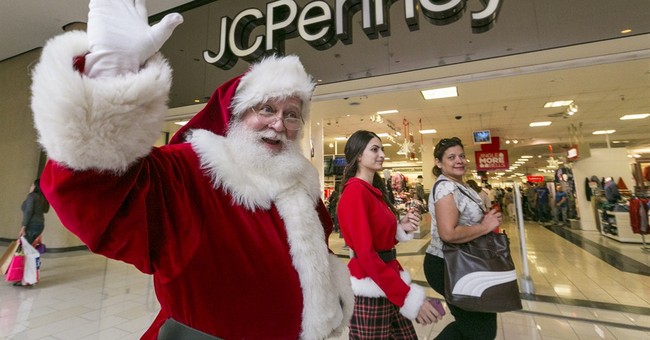 I can’t imagine living in Ferguson or any of the other hot spots where the massive protests/riots are going down. Especially, if I had a family. And double especially if I was a single mom with kids. Good grief. I can’t fathom the fears that smack must spawn in the noggin of the concerned parent.

Yep, if I dwelt in any one of those locales, with my family, I’d be so on edge regarding the well-being of my brood I’d make Scott Stapp look like a chillaxed Gandhi smoking some strong ganja.

Look, wherever one comes down on the Ferguson issues, if you’re honest and you live in close proximity to that mayhem, you’ve gotta feel more vulnerable than a teenage girl being babysat by Lena Dunham, because the present mobs are three bubbles off-level and they’re indiscriminately breaking and burning crap and injuring innocent people.

Indeed, across this nation, not only in Ferguson, the fever pitch is hot and I don’t foresee this dying down anytime soon, especially when you have the likes of de Blasio and Oblasio passive-aggressively stoking this stuff with lies, half-truths and innuendo to the easily influenced, low-intel vandals who have way too much time on their hands.

So what does the concerned parent do?

Well, given that it's Christmas time, I’d ask Santa for three things, namely: peace on earth, goodwill towards man and a machine gun.

Now, parent, say for some reason Santa doesn't get your email or text or he doesn’t exist like some doubters claim, then I would do the following until peace on earth and goodwill towards man occurs:

Yes, I know what I just advised costs a lot of cash in an abysmal Obama-economy and that moving is a pain-in-the-ass; but hey … such is life. God never said it was going to be easy and common sense dictates to the parent who’s worth their salt that protection is part of their job description. So get equipped.

Speaking of protection, my youngest daughter, Regis Giles, creator and owner of GirlsJustWannaHaveGuns.com, has just signed on to narrate and star in a new documentary, produced by the folks who brought us such great films as Hating Breitbart and UnFair: Exposing The IRS, encouraging women worldwide to become proficient in self-defense and be victims no mas. You can check it out here.