An Open Letter to White, Black, Brown and Yellow Thugs 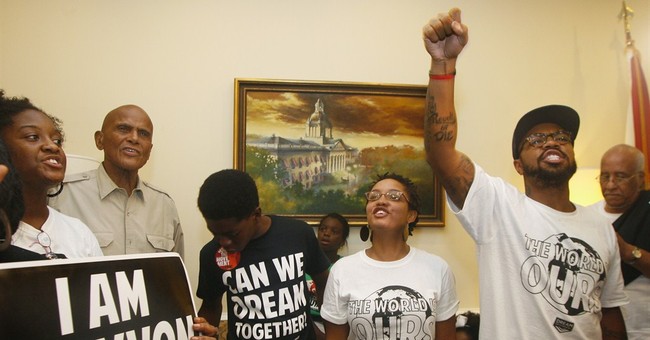 When I was a punk teen and twenty-something, I did drugs, dealt drugs, debased women, burglarized homes and was kicked out of both high school and college for my behavior.

When I was sixteen-years-old, I was arrested on Mother’s Day for stealing water skis and was placed on probation.

I was not an “innocent teen, full of potential.” I was full of something all right, but it wasn’t potential. I was a piece of teenage, criminal crap. I chose to break the law. I chose alcohol and drug use and abuse. I chose to be an idiot and to emulate fools. I chose to disappoint my family, my country and my God. I was hell on two skinny legs and I had no one to blame but myself.

During that near decade of decadence, I’m glad I didn’t die or get killed in that state because I would have gone straight to hell. Yes, call me weird, but I believe in a literal heaven and a literal hell and I would have been on the elevator going down to the bottom floor, to spend eternity between the second, fifth and seventh concentric circles of Dante’s Inferno.

During my time of gleefully following el Diablo’s lead, I shot at people and had guns drawn on me. One summer night back in 1978, my buddies and I were ripping off a boat and were busted red-handed by the home owner who pulled out a pump shotgun, racked a round, but was unable to get off a shot because the direction in which I ran blocked his sight picture and I was able to get away.

If I would have died of an overdose or from a crime that I had committed, I would hope to God that no one would stand over my casket and blame other people, or culture, or lack of education, or my neighborhood, or some other people group because that stuff was all on me. I would hope my life would have become a proverb, a veritable deterrent to aberrant behavior.

Look, young thugs, you can fault a gazillion things in life for why you do what you do and the media, reverends, activists and the press can run posthumous interference for you, gussying up your sullied past. But that doesn’t change the eternal fact that God is going to hold you personally responsible for your actions; and you cannot BS him.

If I were you, and I was at one time, I’d get on my knees, take responsibility for my sins, ask God to forgive me, repent and follow Christ instead of culture and turn that crappy life of mine around before it is too late. Trust me, you’ll never regret leaving that stupid junk behind; and I can testify that God will do abundantly and beyond all that you could ask or even imagine.