Hello. This is Verizon Customer Service. Press #1 for English, #2 for Spanish and #3 for Obama. 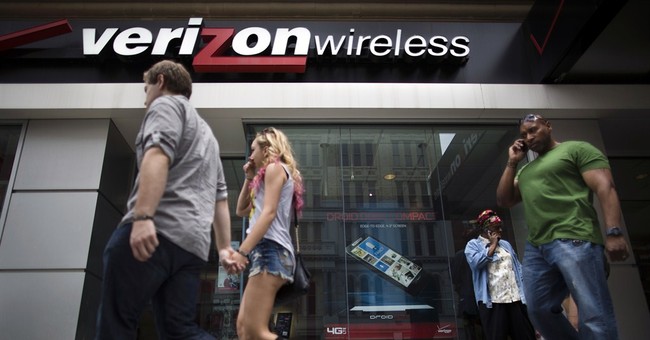 I just got back from hunting buffalo in Zimbabwe for the last two weeks. It’s always a pleasure for me to go beyond the pavement, where the cell phones don’t work, and I can’t go online and there isn’t a television that functions within a sixty-mile radius.

Yep, when I’m hunting out in the African bush, or in an Alaskan swamp, or I’m out of cell phone range crushing some mahi in the Atlantic, I truly enjoy the technological fast from my Mac book, my iPhone and my TV.

That said, while I’m disconnected from the digital crap I cannot help but wonder …

- How my kids and friends are doing?

- What’s going on with my new, three-headed wolf-puppy I named Cerberus?

- How are my various businesses are faring?

- And (of course) what new crimes will come to light that the Obama administration has been covering up for the last five-plus years?

Before my wife and I split for Zim to celebrate our 25th anniversary, Benghazi-gate was growing deeper and uglier, the IRS had just been exposed putting the thumbscrews to Conservative non-profits and the DOJ was busted for having tapped the phones of its journalistic bedfellow, the AP.

“What could be next” … I wondered like a jaded stepchild waiting for my drunk step-dad to come home from Hooters?

Would it be a cell phone pic of Obama smoking a giant doobie rolled up in a miniature copy of the Constitution?

Would it be a video of Michelle Obama yelling at a lesbian to “shut the $#@% up” during one of her speeches?

I didn’t know. The possibilities seemed almost endless which left me torn betwixt the enjoyment of my down time with my lady and the jonesing to get back to civilization to see what impeachable offenses had been committed and were currently being disregarded by the lame stream media. It was as if I was torn between two lovers, feeling like a fool, because loving them both was breaking all the rules.

As you all know, all good things must come to an end and we had to depart our lovely camp in the Matetsi and head back to reality. Upon arrival into J’berg’s Tabo International Airport I found some wifi at a bar, opened up my laptop, ordered a beer, jumped online and lo and behold nothing much happened while we were away.

Except of course it was revealed that, not only had the DOJ been spying on AP reporters, but they had also been reconnoitering Fox News journalist James Rosen’s data for the last few years. Oh, and they also seized James’ parents phone data as well. No biggee. As Pete Townsend would say, it’s just another tricky day in the Obama administration.

I felt both relieved and disappointed. I thought for a sec that, “Perhaps Obama and his boys have turned an integrity corner and this would be the end of their tomfoolery of the American people.”

And then I supposed, “Nah. Who the hell am I kidding? Let’s give ‘em a week because this leopard can’t (or won’t) change its spots.”

And, voilà! Just a few days stateside and it was revealed that the National Security Agency has seized and has had under surveillance virtually all of Verizon’s phone customers.

Which now kind of makes sense to me because just the other day when I called Verizon’s customer service, the automated system said: “Thank you for calling Verizon customer service.

- For English, press one.

- To speak with a chick from India who barely speaky English, press three.

- To talk with Obama, press four.

- And to have one of Holder’s goons rock up to your house, simply praise the Tea Party or our nation’s founding documents. “

Tapping into all of Verizon customers’ phones? Really? Does that mean the White House now has my cell phone videos of my yodeling in the shower? Geez, that’s embarrassing.

Look, I get snooping on some folks, translation: Muslims. And it would have been great if the DOJ would’ve bugged the Boston bomber’s phone, or the Ft. Hood Terrorist’s bat crap crazy conferences, or the laptop of the Pakistani cat who attempted to light up Times Square or the underwear bomber’s crotch phone; but alas, those escaped these Keystone cops’ notice.

Which makes me wonder if they’re truly looking out for terror suspects or patriots who do not like what they’re doing to our country and who would like to vote them out of office and indict them for their astounding assault of our Constitution.

This new egregious breach of our civil liberties has not only rattled the right’s cage but dudes like Beckel, Al Gore and even the New York Times are now crying, “What the …?!?”

I wonder, I really, really wonder, what it’s going to take before our nation looks at this bloated, drunk on power, paranoid administration and yells, no mas, senoritas.