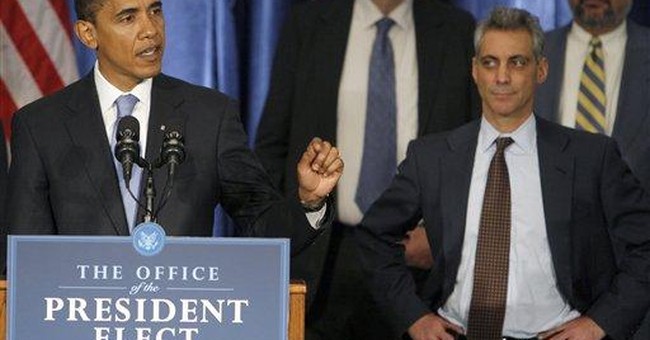 Christians, who take the scriptures seriously, are about as happy about an Obama presidency as a pig is a bacon sandwich. Stoked we ain’t. And it isn’t because Barack is black. Personally, I think it is great that our nation has a black president, and I say this officially ends all the “oppressive white devil” blather. Yep, no mas “blanco el Diablo,” por favor. We have now “evolved.”

This means Jesse Jackson and Al Sharpton can formally zip it. I think that’s why Jackson was crying last Tuesday night … he done. A black man is now the most important person on the planet, and it’s not Jesse! Plus, Jackson’s on tape saying he wanted to cut Obama’s balls off, and now Barack’s going to spread Jesse’s wealth. That’ll make a grown man cry. So close, Jackson, yet so far away.

Back to the church. What concerns Christians who are governed by the scriptures, and not Oprah, are Obama’s liberal-to-the-core stances on abortion, marriage, socialism, freedom of speech, big government, taxes, guns and his associations with Marxist radicals. That’s what freaks believers who actually believe, and not, I say, not the levels of melanin in Obama’s epidermis.

As a believer, here’s how I’m trying to deal with this: If God is omniscient then … uh … he knew this was coming; if he is omnipotent then … hello … he allowed this to happen; and if he’s still omnipresent (and I’m pretty sure he still is) then he is still with us. So, essentially, providentially, we got what God wanted us to have. Time will tell whether or not He’s propping us up for a major national butt whuppin’ or our tricky God is going to bring a back door unexpected blessing from someone most Christians assume God would never use.

Now, if we truly follow “Hey-soos,” then we’re commanded, not suggested, to respect and pray for those who have authority over us. We cannot pick and choose which texts we’re going to obey and disobey when it comes to Christian conduct. I wish we could, because I’d like to slap the snot out of my neighbor who blares techno music from his balcony at 4:00 a.m., but alas, I can’t.

“Honor,” biblically speaking, in Greek, according to Yahweh, means not to be a braying d-bag like Al Franken, and “pray” for our leaders denotes all kinds of prayers, not just the “now I lay me down to sleep” stuff. Matter of fact, for a type of prayer that gets all the attention of Michael Moore’s personal Gutbuster DVD, check out James Adams’ book War Psalms of the Prince of Peace. This is an interesting book on a certain kind of biblical entreaty commonly utilized by Jesus and the saints in the Old and New Testament. I guarantee you have never heard these prayers prayed, preached or sang lately in your churches. Google it, get two copies (one for you and one for your pastor) and get back with me on how they have spiced up your prayer time. Our nation could depend on it.

Now back to the issue of honor. Christian, you don’t want to mimic the unhinged loons on the left who sport Bush Derangement Syndrome with an equally obnoxious Barack Derangement Syndrome, do you? Also, just so you do not misinterpret what I mean when I say “honor,” I’m not talking about wearing buttsmacker lip balm. True honor means we show respect and … I said AND … oppose, reprove or rebuke Obama when we think he’s wrong. The Christian is commanded to do this if he or she truly loves someone. We just gotta make sure we do it with dignity and don’t sound like the nasally, nerve-gratingly nasty demon toad lady named Janeane Garofalo.

Christian, are we really surprised McCain got McDusted? What did we think was going to happen in this election? Did we really believe McCain was going to become president in this TV-addicted, American Idol-addled culture? Huh? We can’t run a guy who ticks off his base and looks like Uncle Fester - hero or not - against an electric Tiger Woods who has a billion bucks and a huge cult following. Haven’t we learned anything from Dancing with the Stars? Leachman was destined to lose to Lucci. McCain/Palin had a snowball’s chance in Miami of winning this thing.

Speaking of Palin: To Fox News’ Carl Cameron and the McCain campaign punks who are dissing Palin, you dingleberries are truly pathetic. What’s next? Are you going to spray-paint old people at the mall? Drown some kittens? Pull the legs off spiders? All of you are a disgrace and are not worthy enough to unlatch Palin’s pumps.

Finally, my Christian hope is this: Hopefully now the church will officially get off its backside and go look for its dust-covered bible it uses to read and believe. After we find our forsaken sacred text and once again peruse its pages, I hope there is widespread and heartfelt repentance for whizzing on its precepts. In addition, I hope that conservatives, after having had our butts handed to us, will turn our attention to a search and rescue mission for the baton that was lost when Reagan left office, and then attempt to hand it to someone on the right who has more unction than that of a hinge.