Who Is This Guy Who Writes This Column?

Donald Lambro
|
Posted: Dec 28, 2018 12:01 AM
Share   Tweet
The opinions expressed by columnists are their own and do not necessarily represent the views of Townhall.com. 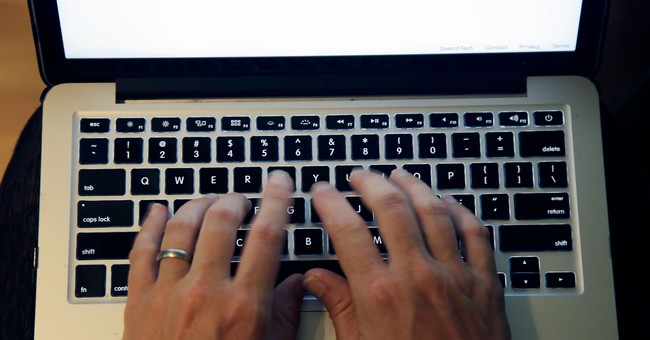 WASHINGTON - Writing a weekly, nationally syndicated newspaper and online column assumes that my readers understand how I arrive at the political positions I take on the issues of the day.

And most of the time they do. But now and then, here and there, some of my readers have wrongly assumed I must be a liberal, left wing Democrat, if I criticize positions or actions taken by President Trump or his administration.

That view especially comes through loud and clear in their online comments. And, yes, I read all your comments, critical or praiseworthy, and thanks for taking the time to let me know what you think of each column.

But over the years, it occurs to me that some readers really know very little about my long political background and what has shaped the views and positions I take in my column. In other words, “Who is this guy?

So I thought it would be helpful to lay out a biographical sketch of my professional background to let readers know who or what has shaped my political views over these many decades.

From my earliest years I have always wanted to be a journalist, reporting the news from Washington, Congress, the White House, presidential campaigns, and eventually on television and in books.

As a journalism student at Boston University, I was active in politics, founding a Young Americans for Freedom chapter, the national conservative youth organization that got its start in Sharon, Conn. at the home of conservative crusader William F. Buckley, Jr. He spoke at one of our first gatherings on campus in a packed auditorium.

I began a weekly, half hour program on the university’s WBUR radio station where I defended the conservative position against liberal campus leaders. The dean of our college was the moderator. The Boston Globe promoted that show on its radio listings.

Upon graduation, I went to work for YAF in Washington as managing editor of its magazine, The New Guard. And later worked in Barry Goldwater’s presidential campaign.

It wasn’t long before I got back into journalism, working for United Press International, covering Congress and a long line of presidential candidates — from Gerald Ford to Ronald Reagan, and both Presidents George H. W. Bush and George W. Bush.

I had already gotten to know Reagan pretty well before then, when he was governor of California, and whenever he came to Washington for a speech we got together at the Madison Hotel for a lengthy interview.

Before and during that time, I was writing a series of investigative stories uncovering wasteful federal spending practices throughout the government that UPI nominated for a Pulitzer Prize.

That led to several books about waste in Washington, including “Fat City: How Washington Wastes Your Taxes” that showed where billions of dollars could be cut from the federal budget. A PBS television documentary — “Star Spangled Spenders” — based on that book, which I hosted, soon followed, with glowing reviews.

Reagan frequently quoted from my book throughout his 1980 campaign, and passed out copies to every member of his Cabinet at their first White House meeting in 1981, urging them to read it and root out wasteful spending.

I had several more interviews with Reagan during his campaign, and, after his election, two more in the Oval Office, one of which the Washington Post ran across the top of its front page on Nov. 18, 1981.

Another nationally televised PBS program I hosted in 1995 — “Inside the Republican Revolution” — produced by award-winning documentarian Michael Pack — told the story about how the GOP took control of the Democratic House.

“When I was told PBS was going to do a balanced piece on Republicans, I said I’d have to see it to believe it,” Senate Republican leader Bob Dole told a Capitol Hill audience. “It’s new, it’s different, it’s unprecedented…”

A long series of Reader’s Digest articles followed that focused on topics like “Uncle Sam’s Ten Worst Taxpayer Rip-Offs,” and “How Congress Creates a Deficit.”

The money my list would have saved: $47 billion over five years.