Who Pays For Trump's Tariffs?

Donald Lambro
|
Posted: Sep 21, 2018 12:01 AM
Share   Tweet
The opinions expressed by columnists are their own and do not necessarily represent the views of Townhall.com. 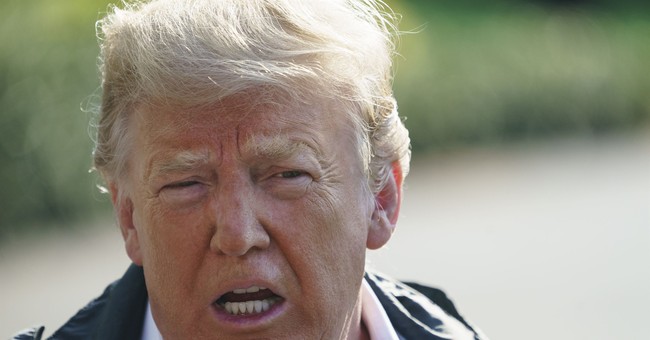 WASHINGTON - President Trump escalated his tariff taxes on Chinese imports this week, believing that Beijing will eventually cave in to his trade reform demands.

Trump announced Monday that he will slap China with an added $200 billion worth of tariffs on imports, about half of the $505 billion in products that Americans buy from the Chinese each year.

Chinese President Xi Jinping has responded in kind by raising China’s tariffs on American exports in a no win war that has rattled financial markets and threatens to destroy economic relations with one of our largest trading partners.

China retaliated Monday by threatening to impose $60 billion in higher import tariff taxes on American products, with Trump warning that if that happens, he will respond with $267 billion in additional tariffs on every product we buy from them.

The nation’s leading business associations, including the National Association of Manufacturers, the U.S. Chamber of Commerce, and the National Retail Federation, among others, sharply criticized Trump’s trade war, calling it costly and counterproductive.

Hundreds of U.S. businesses spoke at public hearings last month in opposition to the rising tariffs, saying they would price them out of business.

They are joined by a global Who’s Who of leading economists who fear the results of Trump’s plan to match China’s tariff retaliation with higher trade taxes of his own.

“If he does that, we’re just headed inevitably for an economic cold war with China,” economist Gary Hufbauer of the Peterson Institute for International Economics, told the Washington Post.

“Down this path, we will see a limitation of all economic contact,” he said. Missing in the battle over exports and imports between China and the U.S. is the confusion about who pays these tariffs. Trump, to a large degree, has been the cause of this.

“At the White House, Trump wrongly said that ‘China is now paying us billions of dollars in tariffs,’” the Post reported, and “he celebrated the Treasury Department collecting ‘tremendous amounts of money, which is great for our country.’”

“In fact,” the Post explains, “tariffs are taxes that are paid by Americans who import goods from abroad.”

“Attempts to help those hurt by globalization via higher taxes or other forms of protectionism, even if well meaning, will raise prices and hurt all consumers, especially poor and middle-class families,” economist Satyam Panday of S&P Global Ratings, told the Post.

In a revealing analysis on the Business Insider website, journalist Mary Hanbury shows how “Trump’s tariffs are forcing U.S. manufacturers to raise their prices.

“President Trump’s tariffs are leading to higher import costs for U.S.-based companies, and it’s American consumers who are likely to bear the burden,” she writes.

“Since these tariffs have been in place, several U.S. companies, including Coca-Cola and Winnebago, have said they have been forced to raise prices on the consumer’s. Others are threatening to follow suit.

“According to the Labor Department, the average cost of washing machines was up 17% in just the past three months, the Wall Street Journal reported.

“The new tariffs are bad news for the retail sector, especially as the latest round seems to extend the tax to a vast array of consumer goods. Many retailers will now be faced with a choice of whether to pass the cost increases across to consumers or to take a hit on their margins,” Neil Saunders, managing director of GlobalData Retail, wrote in an e-mail to Business Insider.

Among the best-known brands that Hanbury says have spoken out against the new tariffs, and have raised prices or said they plan to:

Coca-Cola, citing steel and aluminum tariffs Trump announced earlier this year, said on July 27 it would be raising the price of its sodas.

Winnebago, Polaris Industries that make motorcycles, bikes and snowmobiles, Whirlpool, General Motors, Miller-Coors, Samuel Adams, Campbell Soup, and Toyota, who were affected by Trump’s tariffs on steel and aluminum, will be raising their prices.

One final, disturbing note on Trump’s tariff increases is the generally positive response from Democrats.

The Capitol Hill newspaper, The Hill, said that Senate Democratic Leader Charles Schumer “noted that he was more ideologically aligned with Trump on trade than he was with Obama.”

Let that sink in for awhile