Protectionist Tariffs Do Damage to a Dynamic Economy

Donald Lambro
|
Posted: Jan 06, 2017 12:01 AM
Share   Tweet
The opinions expressed by columnists are their own and do not necessarily represent the views of Townhall.com. 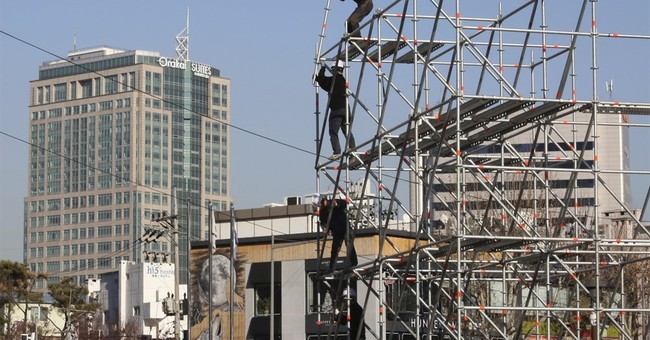 WASHINGTON -- Donald Trump won the presidency, in large part, by promising working-class voters that he would create lots of new jobs by imposing tariff taxes on imported goods.

One of the big problems with the U.S. economy, he told voters, is that we've been sending jobs overseas through bad trade agreements that flood our stores with low-priced imports. That may be good for consumers, but not for U.S. laborers struggling to earn a living wage.

The simplistic answer, Trump told us, is to impose trade taxes, known as tariffs, on those imports, making them far more costly and thus create a level playing field that would strengthen our economy and make us more competitive.

It wasn't a new idea, but one that has been promoted by organized labor and politically powerful union bosses and their liberal allies in the Democratic Party throughout our industrial history.

But it isn't all it's cracked up to be, and it's contrary to all of the available evidence that shows trade tariffs hurt low-income consumers, businesses and our overall economy.

More than a year ago, when the billionaire mogul was preparing to enter the GOP presidential race, economists Stephen Moore and Larry Kudlow wrote a brilliant piece for Investor's Business Daily that warned of the dangers in Trump's plan.

"Here's a historical fact that Donald Trump, and many voters attracted to him, may not know: The last American president who was a trade protectionist was Republican Herbert Hoover," they wrote. "Obviously that economic strategy didn't turn out so well -- either for the nation or the GOP."

They then posed this question: "Does Trump aspire to be a 21st-century Hoover with a modernized platform of the 1930 Smoot-Hawley tariffs that helped send the U.S. and world economy into a decade-long depression and a collapse of the banking system?"

Yes, Trump is right when he complains about the unfair trading practices by China and other economies around the world -- pirating our technologies and patents, and counterfeiting our goods, say Moore and Kudlow.

"But clapping Trump's punitive tariff on imported Chinese goods will hurt Americans at least as much as it does Beijing," they said.

Many voters may have forgotten that Trump's proposed 35 percent tariff on imported goods is nothing more than a tax added to the cost of the products they buy. Not only would it be "the biggest tax increase on U.S. consumers in modern times," the two noted conservative economists said, it would hurt the most vulnerable people in our economy.

"Walmart has been one of the greatest anti-poverty programs in world history, and it has achieved the 'everyday low prices' that greatly benefit the poor and middle class in part through low-cost imports," they point out.

Prices at these and other discount chain stores would rise sharply under Trump's tariffs, hurting retail businesses across the country, resulting in store closings, widespread layoffs and a weaker economy.

"Economists are famous for disagreeing with one another," writes Harvard's conservative economist Greg Mankiw, but there is surprisingly uniform agreement on the harm tariffs can inflict on our economy.

Last year, a panel of 51 leading economists of differing ideological views were asked to respond to this statement:

"Adding new or higher import duties on products such as air conditioners, cars and cookies to encourage producers to make them in the U.S. would be a good idea."

"Of these economists, 100 percent said they disagreed with the statement," Mankiw wrote last month in an article for the Heritage Foundation.

No economist was a stronger warrior against tariffs than the late Milton Friedman, who argued convincingly in his best-selling masterpiece "Free to Choose" that "free trade is in the best interests of the trading countries and the world."

Yet Trump has begun his tariff war on trade, threatening General Motors this week in another one of his tweets to levy punishing taxes on GM for importing small Chevrolet Cruze cars from Mexico.

"But the truth is the Detroit auto maker uses a factory in Lordstown, Ohio, to assemble most of the Cruzes it sells in the U.S.," The Wall Street Journal reported.

In the 1980s and '90s, a time of rapid trade expansion, we created nearly 40 million new jobs, the unemployment rate plunged by half, and "the middle class saw living standards rise by almost one-third," Moore and Kudlow remind us.

Micromanaging businesses by imposing higher trade taxes on employers and pushing consumer prices through the roof is no way to run a dynamic economy.