Choosing a President Between Vulgarity, Lies and Insults, and Experienced Grownups with Manners and Class 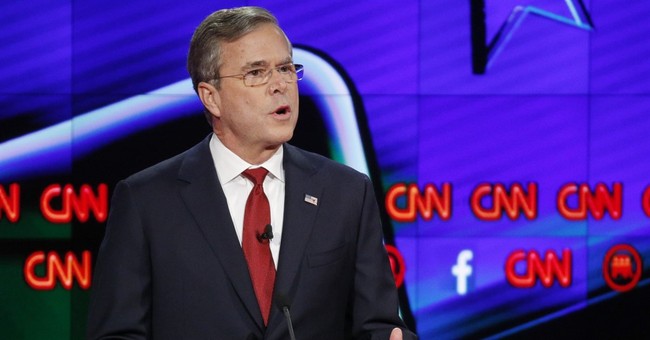 We end 2015 on a dismal note when terrorism has become the most important issue facing our country, the economy is limping along at a mediocre 2% growth rate, and voters have one of the worst presidential lineups in many years.

"After the deadly terrorist attacks in Paris and San Bernardino, Calif., Americans are now more likely to name terrorism as the top issue facing the U.S. than any other issue -- including those that have typically topped the list recently, such as the economy and the government," says the Gallup Poll.

About one in six Americans, 16 percent, now identify terrorism as the most important U.S. problem, up from just 3% in early November," Gallup says.

The Commerce Department reported this week that the third quarter's gross domestic product (GDP), the broadest measurement of our economy's growth rate, barely grew at 2 percent, instead of last month's 2.1 percent estimate.

It was a steep deceleration from the second quarter's sluggish 2.7 percent rate amid tepid consumer demand.

"A record increase in inventories in the first half of the year left warehouses bulging with unsold merchandise and businesses with little appetite to restock," Reuters reported Tuesday.

In other words, we're still facing a lot of troubles in the last year of Barack Obama's presidency, many of the same ones we faced in his first year in office.

We're certainly losing the war on terror in the aftermath of Obama's mistake-ridden withdrawal policies, as terrorist forces have multiplied into new armies and seized territory throughout the Middle East and North Africa, launching deadly attacks in Europe and, once again, in the U.S.

Talk to U.S. defense strategists and they'll tell you that this administration has no clear longterm strategy to win this war.

Just days before two extremist Muslims gunned down more than a dozen people in San Bernadino, Obama was telling Americans that he had the terrorists "contained."

Not only did his remark suggest he didn't have a clue about how widespread the terrorist menace had become, but how aggressively their military recruitment had grown.

No one expects the economy to get any better than it is now, nor for the war on terrorism to go away by itself.

Things are going to get worse, a lot worse, as America searches for a new president next year to take the reins of leadership and deal with the challenges that threaten our economy and homeland security.

It doesn't take a lot of deep thinking to conclude that, with few exceptions, this is one weakest presidential fields in many decades. People you wouldn't even consider for a Cabinet post, let alone for Commander In Chief.

The list, which has been winnowed down, was filled with freshmen senators without any record of accomplishment in government, let alone foreign policy or national security issues as a war leader.

Sens. Marco Rubio of Florida or Ted Cruz of Texas are both talented in the art of stump politics, but they're not ready to lead a country as big and powerful as the U.S.

They've spent little time in the Senate, focusing instead on campaigning around the country ever since they came to Congress.

Soon after taking his Senate seat, Cruz made sort of a name for himself in a 21 hour filibuster in which he read Dr. Seuss's Green Eggs And Ham to his daughters.

Lately, Cruz has risen in the polls when he said that the answer to defeating the terrorists is "carpet bombing" them where they hide in civilian populated urban centers. Sure.

Rubio quickly became a leader in the battle over illegal immigration, but with little success. He has said he will not seek reelection.

Dr. Ben Carson is a retired brain surgeon who made his living giving inspirational speeches around the country, wrote books, and decided he was ready to be president.

He briefly became the GOP's frontrunner, before one of his top foreign policy advisers said Carson knew very little, if anything, about this subject, and needed more briefings "to make him smart."

His polls plunged, but the fact "that Carson rose as high as he did "speaks to the mind-set of the average voter," said Washington Post political writer Chris Cillizza.

Former two-term Florida governor Jeb Bush certainly has one thing that none of the above have: He's run a government in a big state on conservative issues: tax cuts, school choice, deficit spending cuts. But he's at the back of the pack now.

He was on every political list on who had the skills and the money to go the distance, then he ran into Donald

Nationally, he is at 3 percent to Trump's 39 percent. It's hard to see Bush going anywhere from here.

Christie and John Kasich of Ohio.

You can't win the presidency without carrying Ohio and Kasich can do that. He's cut taxes and balanced a budget and pulled the state out of a deep recession.

Though Christie, a get tough former prosecutor, comes from a Democratic state, he's cut taxes and budgets.

But Trump remains the clear frontrunner, despite his insulting, offensive, often vulgar campaign remarks, and his supporters love him for it.

He made headlines Monday night before 7,500 fans at a rally in Grand Rapids, Mich. when he used a vulgar sex term to attack Hillary Clinton for losing to Obama in 2008.     But Trump has another problem: the habit of making up lies that have proven to be false.

The Washington Post's ace fact checker, Glenn Kessler, had nailed him repeatedly for making things up over and over again -- awarding up to four "Pinocchios" for each falsehood.

"In the space of six months, he earned 11 Four-Pinocchio ratings, far more than any candidate," Kessler said. The worst one was that he watched "thousands and thousands of Muslims in New Jersey cheer as the World Trade Center fell."

Yet it hasn't hurt him, no matter how preposterous the falsehoods have been. But my guess is that one day he will go too far and the Trump campaign will be over.