Revenge of the Jobless: Obama Says His Policies, That Have Kept You in the Unemployment Lines, Are on the November 4th Ballot 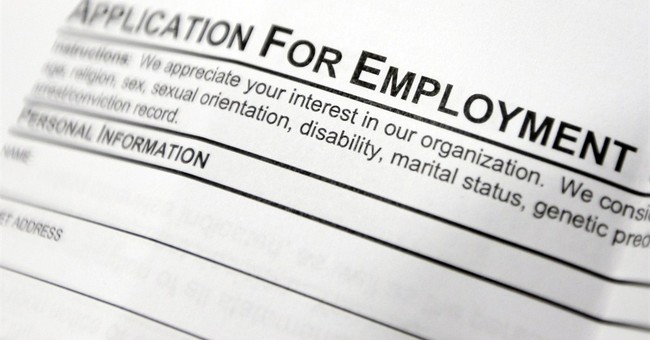 Legendary GOP campaign strategist Lee Atwater was guided by a political maxim he called the Napoleonic rule: Never interfere with the enemy when it is in the process of defeating itself.

Atwater, a master political infighter without peer, would be jumping up and down with glee if he had lived to see what is now happening to President Obama and his party in the 2014 midterm elections.

To say the Democrats, led by Obama's many blunders, are tearing themselves apart is putting it mildly. Some of his top advisers are blowing the whistle on him. Consider what has happened in just the last few weeks.

Leon Panetta, Obama's former secretary of Defense, has written a tell-all book about his disagreements with Obama over disengaging from the war on terrorism. And he doesn't pull any punches.

In a brutally candid history of the internal battles over policy, Panetta says that Obama's eagerness to pull out of Iraq as fast as possible has led to the blitzkrieg rise of the Islamic State armies who now threaten the entire region and very possibly our own homeland security.

The longtime Democratic Party leader said Obama "lost his way" by failing to arm the Syrian rebels and enforce his own "red line" threat to respond to Bashar al-Assad's use of chemical weapons against his own people.

All too often, Panetta writes, Obama "avoids the battle, complains, and misses opportunities," painting a portrait of a president who has a hard time making up his mind.

If anyone still has confidence in Obama's ability to deal with the Islamic State and defeat it, Panetta's description of the president's disengaged style puts that to rest. All too often he has a tendency to fall back "on the logic of a law professor than the passion of a leader," he writes.

Heading into the homestretch of a critical congressional election, in which polls show the Republicans are going to pick up a lot of Senate seats, is tough enough.

But who ever thought Obama would help Republicans with a welcome line that plays right into the hands of the GOP's strategy?

In a speech last week in which he tried to make a case for his anemic economic policies, Obama said this: "I am not on the ballot this fall… But make no mistake: These policies are on the ballot. Every single one of them."

David Axelrod's jaw must have dropped when he heard that one, but even the president's ace campaign strategist couldn't defend him. He made "a mistake," he told NBC's Meet The Press.

Within 24 hours of Obama's blunder, the Republicans were on the air, trumpeting his own self-inflicted quote.

Americans are more than willing to vote on his policies, according to a Gallup poll which found that one third of all registered voters surveyed saw their vote as the only way to demonstrate their disapproval of Obama's policies.

But only 38 percent of Democrats said their vote would be a message of strong support for the way Obama has governed. That's seven percentage points below what it was when Republicans won control of the House in 2010.

Gallup called their polling results "the Obama factor" and Democrats fear it more than anything else this year, which is why so many of them are running away from the president and his policies. And why Obama hasn't been out on the campaign trail with his party's candidates.

Last week's jobs number, showing payroll employment had increased by 248,000 in September was ballyhooed by the West Wing which hoped it would lift the Democrats' prospects on Nov. 4.

CBS News anchor Scott Pelley kissed off the story that the jobless rate had dropped to 5.9 percent, ignoring the ugly details buried in the U.S. Bureau of Labor Statistics' Friday report.

For example: 4.5 million Americans were "job losers" or "persons who completed temporary jobs." The "number of long-term unemployed (those jobless for 27 weeks or more) was essentially unchanged at 3.0 million."

Or the "number of persons employed part time for economic reasons (sometimes referred to as involuntary part-time workers) was little changed…at 7.1 million."

These are people who wanted full-time work, or whose hours had been cut back (perhaps because employers sought to avoid higher Obamacare payroll costs), or "were unable to a full-time job."

Even the ultra-liberal New York Times felt constrained to report the BLS' bad news that the nightly network news programs either ignored or underplayed -- and to note its political implications.

"For Democrats, there was also a dark underbelly in Friday's bright news. The employment rate among the constituent s they need most on Election Day -- women, young people and black voters -- did not improve in September," the Times reported.

"The actual percentage of working-age people with jobs -- 59 percent -- has not changed for four months, a reflection of just how many people have stopped looking for work," the newspaper added.

This was a pointed reference to one of Obama's most painful economic policy failures and a major reason why the jobless rate has declined: millions of workers who've stopped looking for work, because they couldn't find good, full-time employment, and thus were no longer counted as unemployed.
The "labor participation rate under the Democrats is the lowest since 1978," the Times said in a lengthy story that ran under this headline: "'Hidden' Unemployment In Millions."

"It is indisputable that our economy is stronger today than when I took office," Obama insists. That's not saying much. Twenty-five states have jobless rates in the 6 to 8 percent range and voters, including Obama's, are angrier than ever.

So let's take Obama at his word. In four weeks his job-killing issues will be on the ballot, represented by people who voted for them and want to keep their jobs. That's when the voters will get their revenge.