Nobel Prize-Winning Economist Says Obama Economy is in a Depression 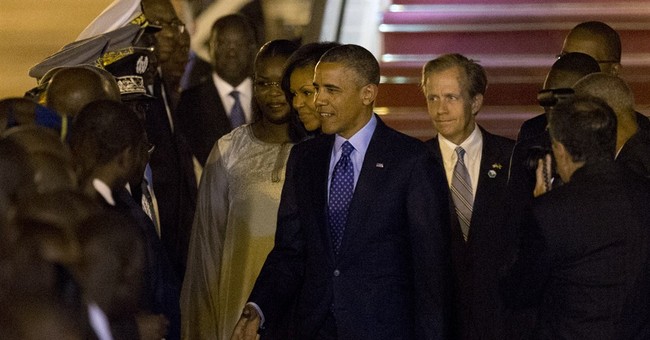 Forget everything you've been told by President Obama about the economy getting "stronger" or heard on the nightly news about the "solid" recovery.

The economy is slowing down and getting weaker, and millions of Americans, as a result, are suffering.

It isn't getting the attention it deserves from the national news media, who seem to play up all the "good" numbers while ignoring the weaker economic data.

CBS News anchor Scott Pelley regularly covers modest housing starts (that still are at basement levels) and rising home prices as if they prove the economy is booming. It isn't.

The cold reality is that the Commerce Department this week slashed its previous 2.4 percent first-quarter economic growth estimate to a meager 1.8 percent annual rate. This follows a pathetic 0.4 percent growth rate in the last three months of 2012.

Virtually all of the categories that go into measuring GDP growth rate were lower. Consumer spending was revised downward from the exaggerated 3.4 percent estimate to a more modest 2.6 percent.

Slower growth means fewer jobs created, that the unemployment rate will remain at very high levels for the foreseeable future, and that businesses large and small will be struggling to survive.

It's not going to get better under this administration's anti-growth policies. "Many analysts think growth has slowed in the April-June quarter to an annual rate of 2 percent or less," the Associated Press reported this week.

Don't take my word for it -- listen to Nobel Prize-winning economist and New York Times columnist Paul Krugman, who this week used even tougher language to describe the Obama economy.

Terms like "modest recovery," "slow recovery," or even "recession", do not begin to describe what we're actually going through. "We're still very much living through what amounts to a low-grade depression," says the liberal economist who was one of Obama's earliest supporters.

It isn't the first time Krugman has sharply criticized the Obama economy. Last year, as the 2012 campaign was getting underway, the Princeton professor wrote that "Things are not O.K. -- not remotely O.K. This is still a terrible economy..."

Krugman took Fed Chairman Ben Bernanke to task in one of his columns for suggesting that the economy was on the mend and that the Fed would soon be reducing its bond-buying stimulus efforts.

He fears, as many other economists do, that "this is very much the wrong signal to be sending given the state of the economy" and that "the Fed's bad messaging reduces the chances that we're going to exit that depression any time soon."

I have never agreed with any of Krugman's ideas about how to improve the economy (he wanted Obama to double his $800 billion stimulus in 2009). But he gives Obama no slack about the severe jobless rate we've endured over the past five and a half years of his presidency.

Yes, measured unemployment is down (to 7.6 percent), "but that mainly reflects a decline in the number of people actively seeking jobs, rather than an increase in" the number of jobs that are available, he says. Exactly.

Nearly 90 percent of the decline in the national jobless rate, by some estimates, is due to the millions of long-term unemployed workers who've stopped looking for a job and are no longer counted among the unemployed.

We see that in the labor force participation rate that has dropped precipitously under this administration's watch. The ratio of adult workers between the ages of 25 and 54 who are employed plunged from 80 to 75 percent in the recession and remains essentially unchanged.

Some of these displaced workers will be coming back into the work force, as they now hope the economy will improve. But with the economic growth rate falling and consumer spending, business investment and U.S. exports growing more slowly than was previously estimated, the job market is going to remain sluggish.

All of this is the result of Obama's policies. Businesses are reluctant to invest in new equipment or hire workers because of the higher health care costs mandated under Obamacare that will kick in next year.

But Obama's anti-growth agenda is only just getting started. He unveiled a global warming agenda Tuesday that will impose tighter regulatory controls on coal and gas-fired utilities and raise strict new obstacles to the proposed Keystone XL pipeline.

He intends to impose new EPA standards on all power plants and wage war against the coal industry by setting stricter carbon emissions to do his best to drive it out of business. Utility costs will rise and so will energy and fuel bills for businesses and homeowners who are struggling with high gas prices.

It will make America more dependent on foreign oil and manufacturing, where the number of new jobs have stalled in the past year. This is going to make a weak economy even weaker.

Missing from most of the reporting about Obama's economy is the human cost in sub-par economic growth and fewer job opportunities. Democrats never talk about it, let alone Obama. The network news shows won't even touch the subject out of fear that it will anger the White House.

College graduates and younger adults can't find jobs commensurate with their training and are unable to make it on their own. This is especially severe among minorities.

"With the economy lagging in the past few years, 39 percent of adults ages 18 to 34 say they have had to move in with their parents in recent years," the Washington Post reported Thursday, citing a study by the Pew Research Center. The study found that "more adults are now living in multi-generational households than at any time since the 1950s."

Even more disturbing has been the sharp increase in suicides among middle-aged Americans, with the highest rise among largely jobless men in their 50s, according to data released in May by the Centers for Disease Control and Prevention. Their suicidal rate increased by nearly 50 percent.

The economic downturn is cited by experts as one of the key factors behind this little-reported human tragedy in the Obama economy.