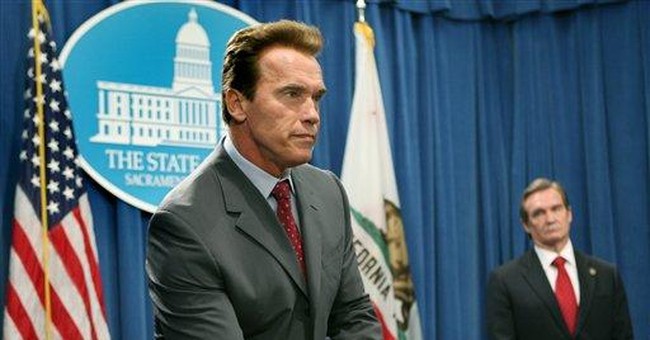 WASHINGTON -- The final raise in a three-step minimum-wage increase took effect last week amid dire forecasts it will worsen unemployment as struggling businesses slash jobs to cut their costs.

The federal minimum-wage increase, enacted by Congress two years ago, rose by 70 cents, or nearly 11 percent, to $7.25 an hour. But with the unemployment rate at 9.5 percent and likely to climb over 10 percent in the coming months and higher still by year's end, this is the worst time to be increasing wage costs on employers.

Lawmakers imposed the hefty wage increase when the economy was doing reasonably well, but made no effort to repeal or postpone the wage hike as the country fell into a deep recession and businesses laid off workers by the millions.

Supporters of the wage increase, especially labor unions, argue that a higher minimum will be a boon to low-income workers. But studies show that as the minimum wage rises, businesses reduce jobs or hours worked to lower operating costs. This is especially true when economic times are rough, incomes are down, and businesses are fighting to keep their heads above water.

"A mandated raise won't do job seekers any favors, especially if they're looking for temporary or entry-level positions. Studies suggest that increasing the minimum wage has a slightly negative effect on the job market," according to a recent analysis at SmartMoney.com.

A study last summer in the Journal of Labor Research found that a 10 percent increase in the minimum wage led to a 0.9 percent to 1.1 percent drop in retail jobs and up to a 1.2 percent decline in overall small-business employment.

This is happening in the current recession where businesses large and small have been laying workers off in droves, and the higher minimum has only made a grim jobs picture even gloomier.

"It's my impression that employers of all sizes have no excess revenue that they can apply to increasing wages. They are either in the process of cutting down or trying to survive," said Marc Freedman, director of labor law policy at the U.S. Chamber of Commerce.

"Connect all the dots and you end up with a picture of businesses that don't have excess revenue or cash reserves that they can fall back on," Freedman told me. "I think the impact (on job losses) will be larger than many people envision.

"The logical impact of this, especially for unskilled entry-level workers, is that they will likely have a harder time getting some of those jobs than they did before," he said.

Other business groups I have talked to predict the negative effect of the higher minimum wage on jobs will be significant.

"Every dollar the minimum wage mandates comes out of somebody else's pocket. There's no gain in spending power as alleged by the administration," said Bill Dunkelberg, chief economist for the National Federation of Independent Business, the nation's chief small-business lobby.

"If you run a pizza parlor of seven employees, your labor bill goes up by about $14,000. That has to come out of your pocket, or you pass it along to your customers," Dunkelberg told me.

"The secretary of labor (Hilda L. Solis) said this will mean a $5.5 billion total increase in pay that minimum-wage workers will get over the next 12 months. I just wonder where small businesses are going to get $5.5 billion when so many are on the verge of going out of business. This is the worst time you could have a 10.7 percent wage increase," he said.

When the National Small Business Association surveyed its members earlier this month, three-quarters said the economy had worsened. They also said that sales were down sharply along with profits and that they have had to lay off workers.

Official data is slim to nonexistent at this point about how much of a role the minimum-wage hike will play in future job losses, though some studies are under way. David Neumark, professor of economics at the University of California-Irvine, estimates the July 24 minimum-wage hike alone will cost about 300,000 jobs for workers under the age of 25.

"Usually businesses can pay the higher minimum wage when times are good, usually by selling more, so as costs go up, so does the value of the work," Dunkelberg said. "But now people are spending less, gas prices rise among other costs, so when you raise the minimum on top of that, it makes the wage even more unprofitable."

Common sense would dictate that the higher minimum be rolled back to help small businesses improve their bottom line and to open up more entry-level jobs for younger workers. But Congress intends to keep the higher minimum wage, no matter how many jobs are eliminated, while it searches for ways to raise ever-higher taxes on small business to pay for its gold-plated healthcare takeover plan.