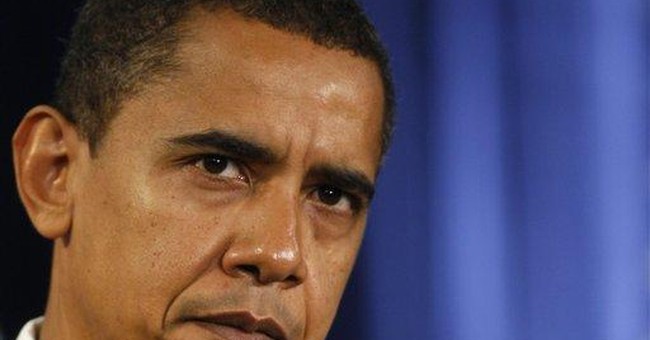 WASHINGTON -- Barack Obama's massive infrastructure spending plan to jump-start the economy isn't being criticized just by conservative critics. His chief economic adviser once called the idea one of the "less effective options" the president-elect is now promoting.

In a strategy paper in January that studied various economic-stimulus proposals, economist Jason Furman wrote that spending hundreds of billions of dollars to repair or rebuild the nation's roads, bridges, rail lines and other infrastructure was "likely to be less effective in spurring economic activity."

The reason: Big infrastructure-spending bills "do not provide well-timed stimulus or because there is considerable economic and administrative uncertainty about how they might work," Furman said.

While such public-works spending "might provide an important boost to long-term growth," he doubted it "would generate significant short-term stimulus" because all too often the money is not pumped into the nation's economic bloodstream "until after the economy had recovered."

One expects Obama's fiscally conservative economic critics to beat up his big-spending, New Deal-era ideas, but when his top economic adviser puts the core of his plan in the "less effective options" column, that's news.

But even other supporters of his giant stimulus have begun voicing doubts about whether a huge spending package -- in the $500 billion to $700 billion range -- can be spent quickly enough to have an impact on the recession. And some of them fear the stimulus may result in more wasteful pork-barrel spending.

Obama's plan will likely include, among other things, tax rebates for low- to middle-income workers, unemployment compensation, increased food stamps, Medicaid funding and other social-safety-net assistance. But infrastructure spending, pushed by the nation's governors, has become the plan's chief focus.

A week of interviews with economists around the country found little if any confidence in Obama's big-spending scheme.

"I don't believe it will work. Infrastructure spending has not proven to be an effective way to jump-start an economy in recession," said John Cogan, an economic policy analyst at the Hoover Institution at Stanford University.

"It takes considerable time for government agencies to evaluate alternative projects, put in place the required controls to ensure that the money is properly spent, and sign the contracts. The larger the amount of money to be spent, the longer it takes," said Cogan, a top fiscal adviser in past Republican administrations.

"Moreover, the spending tends to be wasteful. Projects funded under a 'stimulus' banner are often those that can't be justified on their own merits," he told me.

Cogan is not alone in thinking that old-style, New Deal, Keynesian pump-priming will be rife with waste as lawmakers stuff all kinds of pork into a stimulus bill before it leaves the station.

Even some liberal economists have their doubts about whether very much money can get into the economy if the recession is over by mid-2009.

"If this thing turns out to be (a smaller) downturn, we wasted some money but it's not the end of the world," said economist William Gale, vice president of the liberal Brookings Institution.

But Gale argues that, long or short, "we are in an extremely sluggish economy and, as Barack Obama says, we need a big jolt."

Still, he adds, "I have not been a big fan of stimulus packages. I think they open the door to a lot of political chicanery. There's an enormous potential for (spending) abuse."

And, like Cogan, he wonders how so much money can be shoveled out fast enough to have an immediate impact on the economy.

Obama fashions himself as a latter-day FDR who will take office in the midst of an economic meltdown and plow huge amounts of money into hundreds of projects on every governor's wish list. Lately, he has been comparing his spending plan to President Eisenhower's interstate-highway program.

But even a cursory look at the data in the last half of the 1950s shows continued anemic growth in the ensuring years (with a one-year growth spurt in 1959), even as highway construction was being ramped up into the billions of dollars.

The same can be said for the kind of middle-class tax rebates that Obama is expected to add to his stimulus spending bill.

"Tax rebates don't work because people save the money. We've done this several times, in 1974, 2001 and earlier this year. There is just zero evidence that rebates stimulate," said economist Bruce Bartlett, who has been studying past rebate efforts.

What does get the economy going? Policies that encourage work, savings and entrepreneurial capital investment and risk-taking. Who says so? Why, none other than Jason Furman.

"The key to long-run economic growth is higher saving and investment to increase the capital stock and thus the productive capacity of the economy," he said in the January strategy paper.