The Left Turns Off Obama 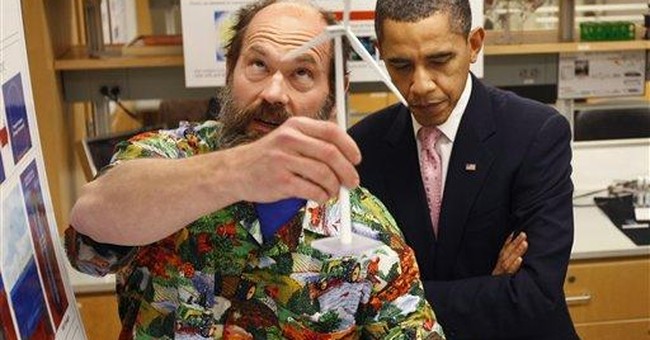 While the smoke rises from the Capitol building where the health care debate proceeds, Obama is losing his political base on the left.

His decision to send 34,000 more troops to Afghanistan, an odd move for a peace candidate, his failure to close Guantanamo, our continued military presence in Iraq, and his failure to act on liberal priorities like gays in the military and immigration reform are all sapping his support from those who voted for him.

And, even in the health care debate, the under-30 voters are learning that they are targeted -- just like the elderly -- for special punishment in Obama's health care bill. When they realize that they must spend $15,000 on average per family for health insurance or face a fine of 2.5 percent of their income or go to prison, the bill loses its appeal. And, when they find out how shallow the subsidies are (only after they spend 8 percent of their paychecks if their household income is $45,000 a year and 12 percent if it is $65,000), they begin to turn off both the bill and the president for whom they were once so enthusiastic.

Then there is the loss of popularity that has nothing to do with ideology. It all begins with unemployment. While voters still believe by 50-42 (Rasmussen) that George W. Bush is more at fault than Obama for the economy, Bush is not on the ballot. The high jobless rate nurtures a belief that Obama doesn't really know what he is doing. This discontent need not take the form of ideological opposition to the stimulus package or the deficit spending. It can merely be a sense that things aren't going right.

And then come the adjectives. Voters are increasingly complaining that Obama is weak, vacillates, does not keep his promises, spends too much time on other priorities than jobs and seems egotistical.

All polls have Obama below 50 and some, like Harris, have him all the way down to 43 percent in job approval. These surveys mean that Obama, who won 52 percent of the vote, is now losing between one in 10 and one in five of his voters.

This erosion of support makes the elections of 2010 look more and more like a rerun of 1994. It is now reasonable to predict -- and I do -- that the GOP will take both houses of Congress.

In the Senate, the Republicans are likely to hold all their vacant seats with the possible exception of New Hampshire. Incumbent Democratic Sens. Dodd (Connecticut), Specter (Pennsylvania), Lincoln (Arkansas), Reid (Nevada) and Bennett (Colorado) are the low-hanging fruit. Among the open seats, Delaware seems ripe for the Republicans. Add to these six seats two more if Rudy Giuliani challenges Kristin Gillibrand in New York and if North Dakota Gov. Hoeven takes on Byron Dorgan. Mark Kirk could be the ninth pickup in Illinois. And, in a Republican sweep, you have to respect GOP chances in California and New Jersey.

A deluge swamps all boats.

On Capitol Hill, the Democrats seem to have almost abandoned the message war on health care. They are hunkering down and focused on keeping their troops in line. The appeals to party discipline are so strong that one senses that they are prepared to march, in lockstep, over the cliff together.

When one considers where Obama was only a year ago and where he is today, the fall is simply stunning. That he clings to the staff that helped him take it is amazing. This has to be the least successful White House since, well, Bill Clinton's 1993-94 crowd. In fact, it's many of the same people!