Obamacare: Cut the Elderly and Give to AARP 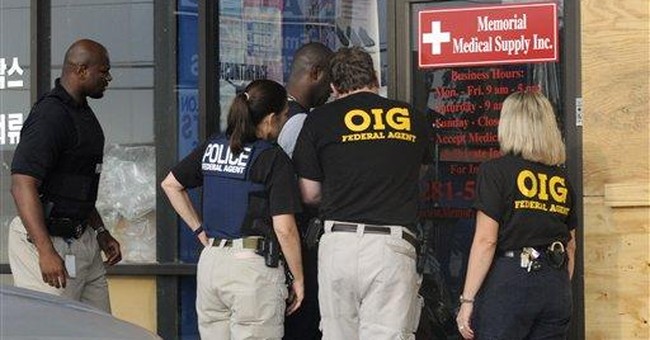 Among the $500 billion in Medicare cuts that will provide the bulk of the financing for Obama's health care plan is a $160 billion to $180 billion cut in the Medicare Advantage program, which offers a range of benefits not available to beneficiaries under basic Medicare.

Medicare Advantage should be Obama's favorite program. It combines all the elements he likes -- premiums are subsidized for low-income elderly, and the companies negotiate low-priced, managed care that emphasizes prevention, treatment of chronic conditions and coordination among doctors. As a result, its costs on the one hand and its premiums on the other are both much lower than with conventional insurance.

Ten million primarily low-income elderly have voluntarily enrolled in Medicare Advantage and realize savings of about $1,000 annually in enhanced benefits over and above what Medicare itself provides. These extra benefits include reductions in out-of-pocket costs and comprehensive drug coverage, vision, dental and hearing benefits, wellness programs (like gym memberships), and disease management and care coordination programs.

Medicare Advantage, which gained momentum during the Bush-43 years, essentially implements all the economies and efficiencies that Obama preaches nonstop. Doctors speak to one another, duplication is avoided, care is managed, and there is an emphasis on prevention.

The alternative to Medicare Advantage is Medicare supplement plans, popularly called Medigap coverage. But these conventional health insurance policies offer fewer benefits at higher premiums. They offer no care coordination, no chronic care management, no pay-for-performance incentives. They have no way to control costs. They just write out checks.

So why is Obama so keen to cut Medicare Advantage?

Here's a clue: AARP (the American Association of Retired Persons) does not sell Medicare Advantage. But it makes a vast amount of money selling Medigap coverage. AARP has had no higher political priority than to curb the Medicare Advantage program and replace it with Medigap insurance. The profit margins on Medigap are greater, and AARP has every intention of exploiting them with Obama's help. His price? AARP backing for his program.

The American Seniors Association (ASA), an alternative to AARP that represents hundreds of thousands of elderly, says, "It is outrageous that Medicare Advantage, a private program with premium assistance for seniors ... has come under attack." Stuart Barton, ASA president, notes that under Medicare Advantage, private healthcare companies "compete to provide care based on a negotiated price."

Obama's deal with AARP represents special interest politics at its worst. He has already negotiated a deal with the big drug companies to get their support for his bill (and their advertising bucks to promote it) in return for guaranteeing that the cuts in their prices and profits will be small. And, by cutting Medicare Advantage, he signed up the AARP too.

Obama plans to slash the premium subsidies to low income elderly for Medicare Advantage coverage. This would drive up the premiums and drive many poor seniors into Medigap coverage. And then, most cynically, he would take the money he saves on shortchanging poor old people and use it to subsidize the policies of people in their 20s, 30s, 40s and 50s who are, by definition, not poor (and thus not eligible for Medicaid).

And all this from a liberal? A Democrat?