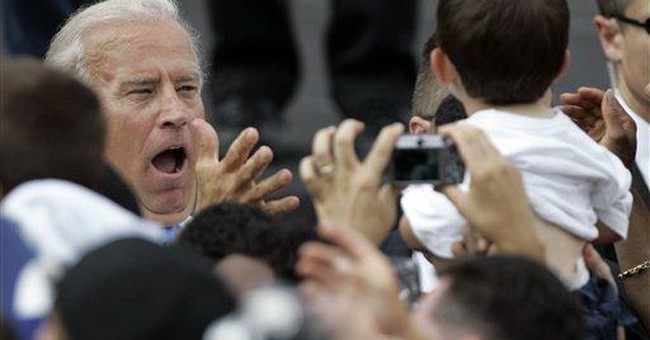 It doesn't take a political genius to realize that Barack Obama needed to nominate a woman for vice president.

If Obama is to have a hope of winning, he needs to improve his performance among female voters. A Fox News poll indicated that only about half of those who backed Hillary Rodham Clinton in the primaries are voting for Obama and that fully one in five plans to support John McCain.

Attractive to women voters because of his maverick positions on issues and his willingness to defy the Republican orthodoxy, McCain is garnering votes from women who should be part of Obama's core constituency.

So why didn't Obama name a woman? He couldn't nominate Hillary because she came with so much baggage that he'd be spending his entire campaign swatting away charges directed at the Clintons. It would have been priceless to see Obama trying to justify Bill's refusal to publish the names of the donors to his library or to explain what Bill is doing in Dubai and Kazakhstan.

But what about Kansas Gov. Kathleen Sebelius? While not a national figure, she is attractive, articulate and would have made a fine candidate.

However, Obama was terrified that the Clintons would wreak vengeance if he named a woman other than Hillary. Yet it was all a bluff. Hillary's delegates would have celebrated the selection of a woman.

The fact that he named Joe Biden as his vice presidential candidate will have relatively little impact on the strategic framework of the race.

Biden was the best of the names on Obama's short list. His experience in foreign affairs, his tough advocacy of the Democratic agenda, and his skill at handling himself will all help Obama's campaign, but not decisively. The other options were worse. Tim Kaine, governor of Virginia, had as little experience as Obama. Evan Bayh, senator from Indiana, is too soft-spoken and mild for a rough and tumble campaign.

But the most important thing is that Obama did not choose a woman. He needed one.

Now, John McCain can take advantage of Obama's blunder by coming back with a female nominee for vice president. Texas Sen. Kay Bailey Hutchison would be an excellent choice. She's been around for decades and is not going to start making mistakes now.

Her nomination would be a signal to American women that McCain takes their aspirations seriously, even if Obama does not.

I have previously written about the advantages of Joe Lieberman for vice president. His nomination would send a signal of bipartisanship which would be notable and would hasten Democratic defections. But conservatives would be horrified.

Obama's failure to nominate a woman is such a glaring misstep that McCain should pounce and take advantage of it.

The ticket will nominally be Obama-Biden. But, to millions of American women it will be Obama and not Hillary.