It's Time To Call In The Hatchet Men Against The Clintons 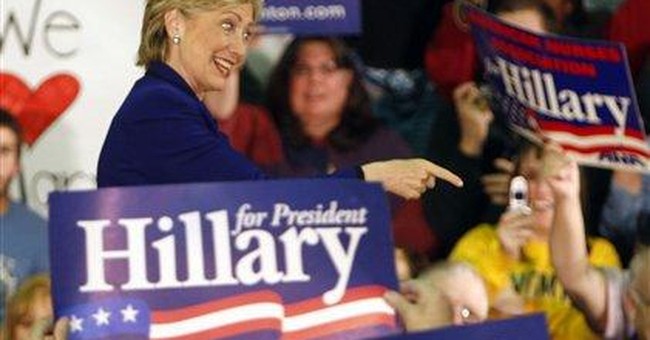 Clintons are trying to steal the nomination from Barack Obama - and he can't let them.

The Clintons' campaign attacks put Obama in a bind.

If he doesn't answer in kind, he's toast.

But if he does, they'll have forced him off his winning message of hope and change from the bitter politics of the Bill Clinton and George W. Bush eras.

If they pull him off his game and onto theirs, they can wrest away the Democratic convention victory that he's earned.

The solution for Obama is clear: Reply in kind, but do it through surrogates.

Obama must answer Hillary's negative attacks and make counterpunches of his own to rock her back on her heels.

His holier-than-thou posture is fine for the opening stages of a campaign, but when your opponent starts throwing mud, you've got to answer.

While Hillary takes aim at Obama's buddy, Tony Rezko, the Obama people need to explore the dimensions of Hillary's relationship with con artist Norman Hsu, who donated almost a million dollars to her campaign, money he'd scammed from gullible investors.

Obama needs to enlist the likes of Ted Kennedy and his other supporters in making the case against Hillary.

After her victories in Texas and Ohio, Hillary is once again in play. Negatives about her matter. A full frontal assault on her integrity and on Bill's conflicts of interest (remember they have joint finances) will work and will stop the bleeding in the Obama campaign.

The Clintons would like nothing better than for Obama to remain passive, clinging to his desire to raise the tone of our politics.

If Sen. Clinton resorts to negative ads in the remain ing primary states, Obama needs to do so, too, always keeping himself off camera and using an announcer to articulate his message.

As long as his attacks center on Hillary's and Bill's financial dealings and their relationships with lobbyists and special-interest groups, he will remain on message and his attacks will be in sync with his general approach to the race.

But Obama must make no mistake - it's time to fight back.